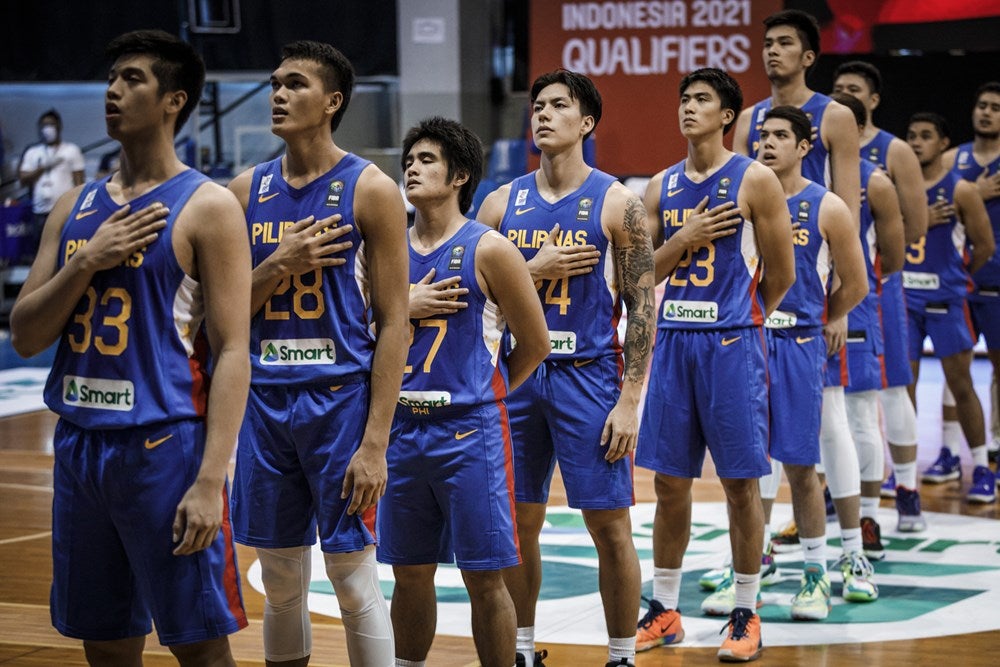 Gilas Pilipinas ahead of its contest vs South Korea. FIBA ASIA CUP

MANILA, Philippines—Three faces will be making their senior debuts for Gilas Pilipinas in its game against Indonesia in the third 2021 Fiba Asia Cup Qualifiers.

Jordan Heading, Geo Chiu, and Francis Lopez will play in their first game of the competition replacing Mike Nieto, Will Navarro, and Jaydee Tungcab.

The small forward was initially left off the lineup but will return for the team following a DNP in Gilas’ game against South Korea.

Heading was left off the team that played against South Korea to a minor issue with his hip. The Philippines won 81-78.

Terrafirma’s selection in the Gilas Special Draft, Heading last played for the Philippines in the 2011 Fiba Asia U16 Championship.

Chiu, meanwhile, last represented the Philippines in the 2019 Fiba U19 World Cup while Lopez is on his first international stint.

The Philippines are already qualified for the Asia Cup and hold a 4-0 record atop Group A while Indonesia is at third at 1-3.