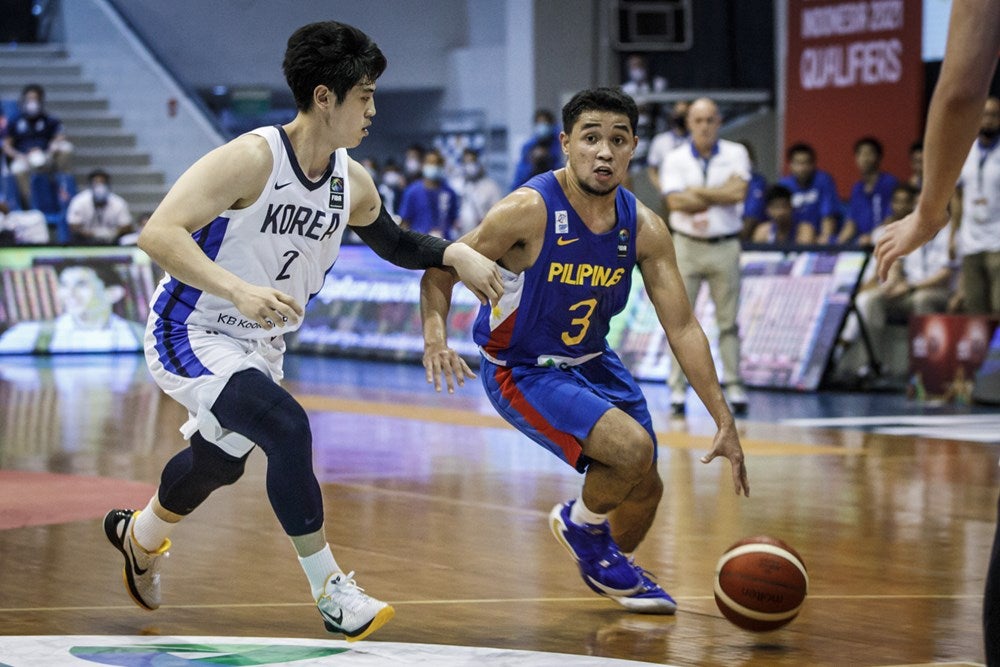 MANILA, Philippines–A handful of Kai Sotto’s baskets during his debut with Gilas Pilipinas was facilitated by RJ Abarrientos who provided the spark off the bench for the National Five in Wednesday night’s conquest of South Korea.

But the crafty playmaker insists he was simply playing to Sotto’s strengths.

“First off, Kai’s basketball IQ, the way he makes us of himself inside (is quite the advantage),” he said in a Samahang Basketbol ng Pilipinas video interview released to media outlets.

Abarrientos said he was actively looking for Sotto in multiple possessions, even utilizing the 7-foot-3 for ball screens. And understandably so.

“He has improved a great deal,” he said. “His IQ really shows in his game.”

Abarrientos had six points in the match to go with three assists and a rebound.

Sotto, meanwhile, had 11 points, seven boards, and a pair of dimes.

It was quite the stat line for two 21-year-olds holding their own against a team composed of a much-experienced bunch.

South Korea’s roster had an average age of 25.

Ultimately, Abarrientos said it was Gilas’ bond that kept them in the thick of things.

“Our connection was a big factor (in the win),” he said. “The way we’re connected with each other, with what we do on defense and offense.”

“We were playing an older team. It was really important that we were together and we were communicating on the court,” he said.