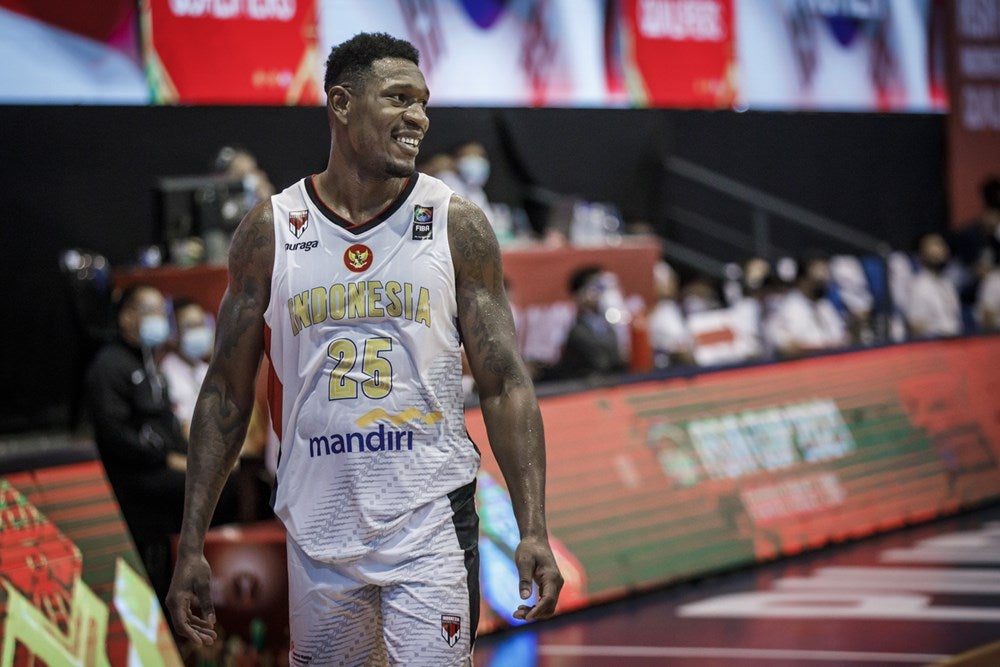 And for good reason.

The two forged a bond while working out under the same trainer in Miami last April.

“Through our trainer, he wanted me to just go and mentor him a little bit,” Prosper said in a video interview released to media outlets late Tuesday night.

“(He wanted me to) uplift him. And that’s we are about down in Miami—uplifting young brothers,” he went on.

That moment was well documented on the teen prospect’s Instagram, creating a buzz on social media also because Prosper is no stranger to Filipino hoop fans.

Prosper, a 6-foot-11 athletic big man, is a well-traveled talent who strutted his wares in Slovakia, Canada, and the United Kingdom among others. He found himself playing on Philippine soil in 2019, suiting up for pro clubs Terrafirma and San Miguel Beer.

Originally British, he was made Indonesian by way of naturalization just last year and is now one of the cornerstones for the Rajko Toroman-mentored squad which Gilas plays this Saturday.

According to Prosper, Sotto’s potential is boundless.

“Kai’s a quick learner. He wants to learn, he wants to improve and he came to the right place. He came down (in Miami) soaked everything up. Now, we’re here. And then he has to go to Australia after this. The sky’s the limit for Kai,” he said.

It goes without saying, however, that Prosper won’t take it easy when he and the youngster lock horns this Friday. His squad, after all, has a score to settle with the Filipinos, owing to that 30-point blowout at home in February last year.

“I’m just trying to do what needed to be done, rebounding, changing shots, blocking shots, scoring, a little bit of everything, and what coach Rajko needs me to do and what I have added to my games over the summer training with my running workouts back in Miami,” said Prosper.

“I’m just trying to do a little bit of everything, make it tough on these teams that I’m playing against.”