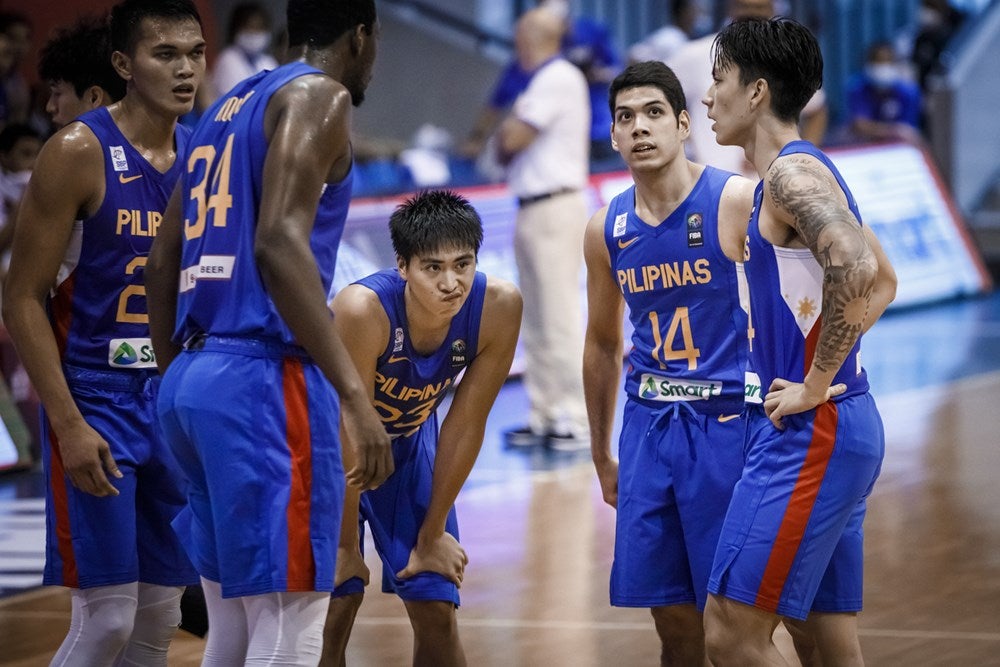 MANILA, Philippines — The Philippines got another one over South Korea, 82-77, to finish the 2021 Fiba Asia Cup Qualifiers with a perfect record Sunday at Angeles University Foundation in Clark, Pampanga.
Gilas Pilipinas wrapped up its campaign with a 6-0 slate while South Korea finished with a 4-2 card in Group A. The Fiba Asia Cup is set from Aug. 16 to 28 in Jakarta, Indonesia.
South Korea continuously nipped at the heels of the Philippines in the fourth quarter with Gilas eventually taking the win through sheer grit and tenacity.

Ra Guna split his free throws with 55 seconds left in the game to put Korea behind, 77-75, but Justine Baltazar answered on the other end taking home Will Navarro’s dish to flush down a one-hander for the Philippines’ 79-75 buffer with half a minute left.

The Philippines’ widest leeway in the fourth was a 75-69 lead courtesy of Dwight Ramos’ three-pointer with 3:44 to play.

Gilas head coach Tab Baldwin said his team’s progress in the qualifiers is just at where he wants it to be especially with a young squad learning how to play in the end-game.

“There are times, particularly with a young team when we’re still in a learning curve when I think it’s important that the players learn how to figure things out themselves. And we are very much in that stage, you know, these guys have got to develop a confidence in themselves that that deserves to be there and so they have to figure out problems themselves,” said Baldwin.

“I’m not too worried about the score at the beginning of the game I’m much more concerned about the score at the end of the game, and I’ve seen in today’s today’s basketball world too many big leads early in games disappear. In fact, I don’t trust the big lead if it happens to be in our favor, so I don’t get too concerned about early deficits or big leads, we just try and play through it.”

Dwight Ramos, who’s been the Philippines’ best player, finished with 19 points on 5-of-9 shooting from deep with five assists and two steals.