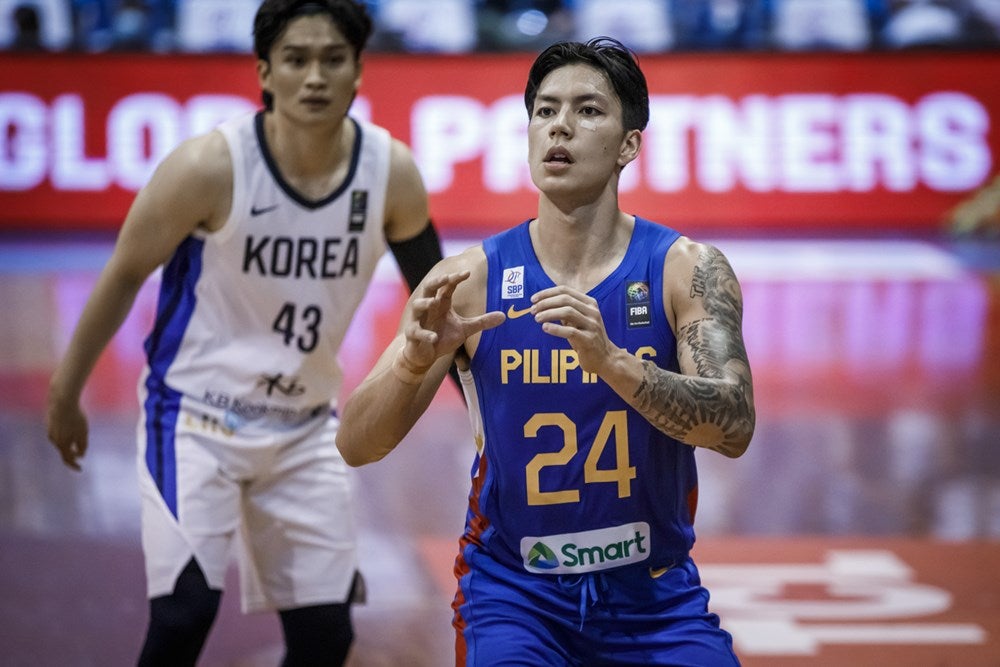 MANILA, Philippines — At some point in the game, the highly-anticipated rematch between fierce rivals South Korea and the Philippines didn’t appear to be as heated as everyone thought it would be.

Underneath, though, a fire was burning and Gilas Pilipinas’ Dwight Ramos played with so much gusto after Korea head coach Cho Sang Hyun described SJ Belangel’s game-winner in their first encounter as a “lucky shot.”

Cho’s words didn’t sit well with Ramos, who said the comment provided extra tension ahead of their rematch.

“It was a little personal. We want to show that we can hang with the big dogs like Korea, but yeah, it is what it is,” said Ramos after he led Gilas to an 82-77 win and a perfect 6-0 record on Sunday in the Fiba Asia Cup qualifiers at Angeles University Foundation.

Ramos finished with 19 points, on 5-of-9 shooting from deep, with five assists, and two steals.

The 6-foot-4 point guard’s biggest three of the game was a long one that gave the Philippines a 75-69 buffer late in the fourth.

“The main thing about the game was that we will learn from it, we get experience from it. So even if win or lose we would have come out with more experience and more stuff to improve on and to learn,” said Ramos.