All smiles for Biles, as Tokyo comes into focus at US trials | Inquirer Sports

All smiles for Biles, as Tokyo comes into focus at US trials 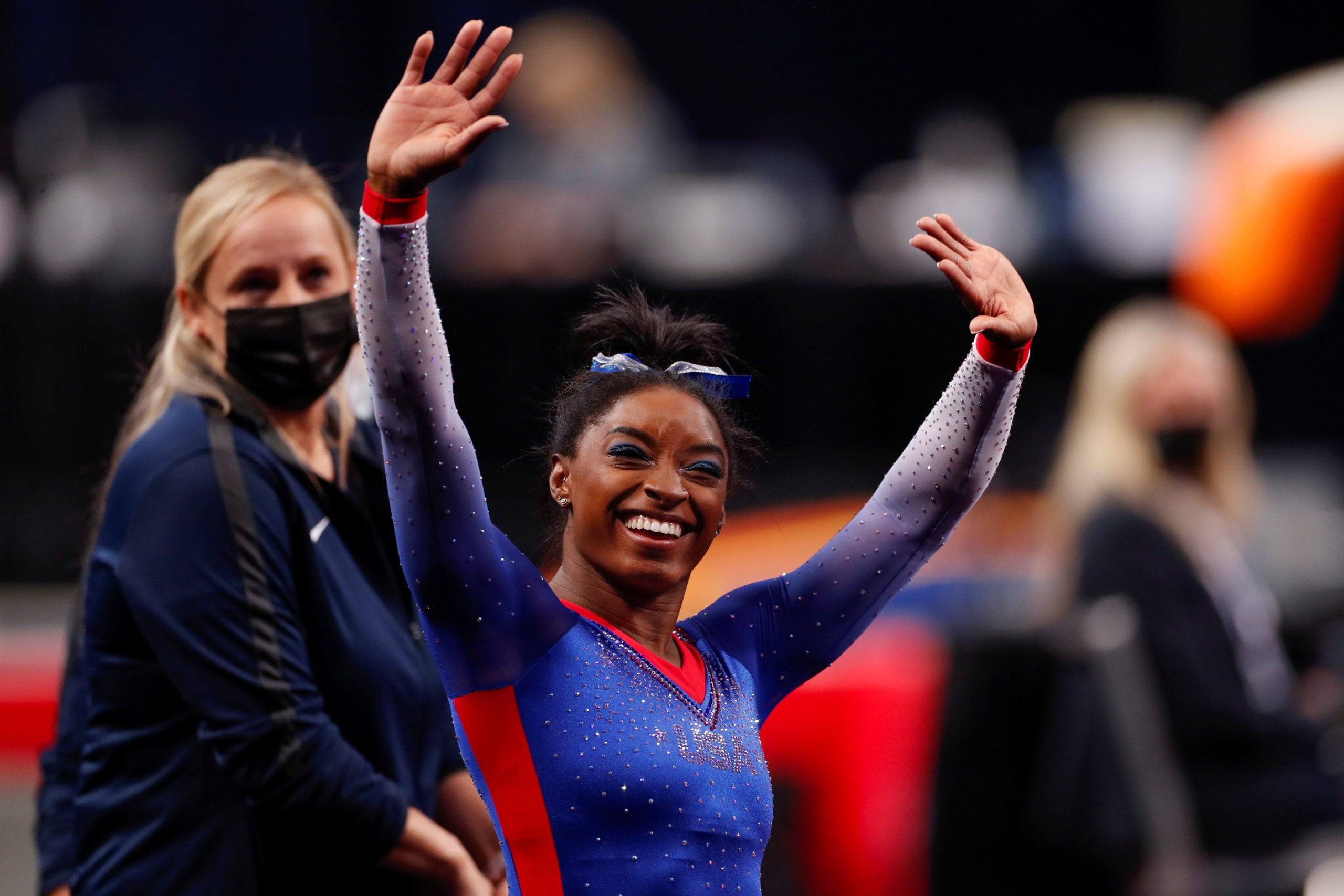 Four-time Olympic gold medallist Simone Biles backed up her reputation as the world’s greatest gymnast on Friday, dominating the first day of the women’s competition at the U.S. Olympic gymnastics trials, less than a month before the Tokyo Games.

While Biles can boast one of the most decorated careers in the history of the sport, the 25-time world medallist must earn her ticket to Tokyo this weekend in St. Louis, as Olympic hopefuls vie for a spot on Team USA.

She made clear that would be no problem.

Competing in front of a packed crowd at the Dome at America’s Center, the 24-year-old put on a show in her floor routine, unleashing her signature triple-twisting double back maneuver to pick up a top score of 15.366 – an improvement over her best of 14.95 at nationals – with a 6.800 difficulty.

“Going into this one, I know exactly what to expect,” said Biles, a seven-times all-around national champion, reflecting on the five years since her previous trials. “I’m a lot more emotional this time around which is so crazy. Even walking out I was tearing up and crying.”

By the end of the night she had topped the field with a total score of 60.565, followed by Sunisa Lee and Jordan Chiles, who finished 2.899 and 3.422 points off the lead, respectively.

MyKayla Skinner (56.598), 24, an alternate at the 2016 Olympics, finished the evening fourth in the standings, months after recovering from pneumonia and a COVID-19 diagnosis.

The top two finishers will earn spots on the team, while two members will be determined by a selection committee with one more individual quota spot to be filled.

Lee, 18, widely considered a frontrunner to make the team after a strong performance at the U.S. national championships last month, put up the top score on the uneven bars (15.300), after picking up bronze in the event at the 2019 World Championships.