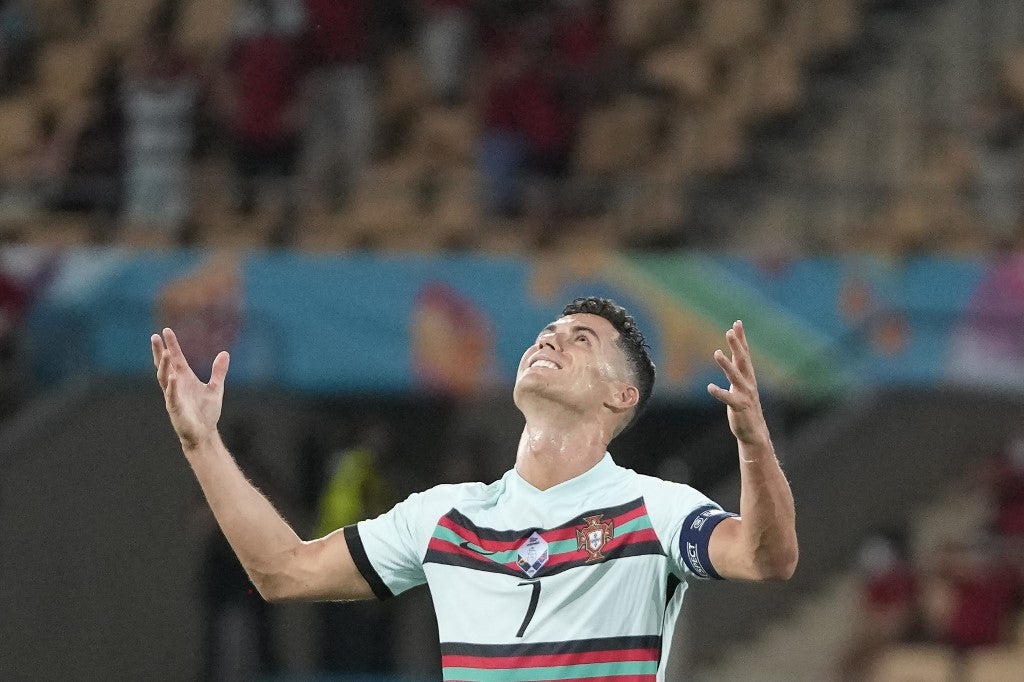 Portugal’s forward Cristiano Ronaldo reacts during the UEFA EURO 2020 round of 16 football match between Belgium and Portugal at La Cartuja Stadium in Seville on June 27, 2021. (Photo by THANASSIS STAVRAKIS / POOL / AFP)

Captain Cristiano Ronaldo said on Monday he was “proud” of holders Portugal’s efforts despite bowing out of Euro 2020 after the weekend’s 1-0 last 16 loss to Belgium.

“We did not get the result we wanted and we leave the competition sooner than expected,” the 36-year-old Juventus star and five-time Ballon d’or winner admitted as his side failed to match their 2016 exploits.

“But we are proud of our showing. We did everything we could to retain the title of European champions and this group proved it could still give the Portuguese people much joy,” the former Manchester United and Real Madrid attacker posted on social media after Sunday’s loss.

“Congratulations to Belgium and good luck to all the teams left in. As for us, we shall return stronger,” vowed the veteran who at least could console himself with having matched the 109 international goals record of Iran’s Ali Daei during the tournament.

Ronaldo scored five times during the competition to take his European Championship tally to a record 14, matching Daei’s achievement with his goal in the 2-2 group game draw with world champions France.