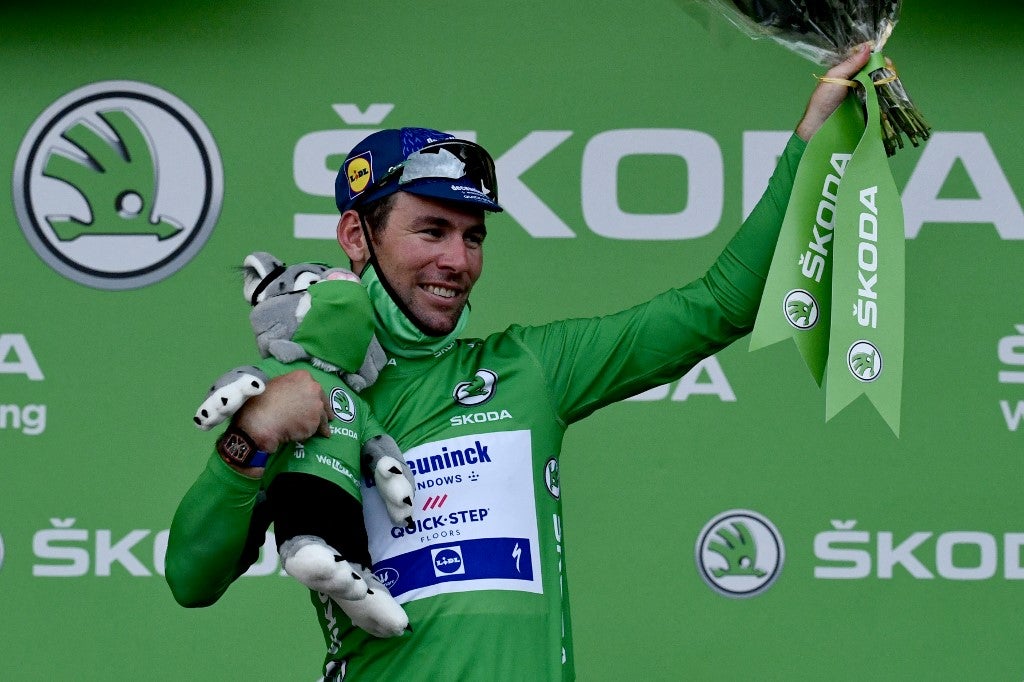 Team Deceuninck Quickstep’s Mark Cavendish of Great Britain celebrates his green jersey of best sprinter on the podium at the end of the 10th stage of the 108th edition of the Tour de France cycling race, 190 km between Albertville and Valence, on July 06, 2021. (Photo by Philippe LOPEZ / AFP)

Manxman Mark Cavendish earned his third stage victory Tuesday at the Tour de France, taking Stage 10 at Valence in a dash for the finish line.

It was the 33rd stage win in Cavendish’s career as he edged out Belgium’s Wout van Aert and Jasper Philipsen, who finished second and third, respectively, in the 190.7-kilometer flat stage that began in Albertville.

“Old school, run of the mill, like you read in a cycling magazine, textbook lead-out,” the 36-year-old Cavendish said after the finish. “We just got the lads on the front and pulled as fast as they can so no one can come up and try to come past in the finish.”

An interview with the 🇮🇲 "Manx Missile" following the win in Valence

He is one shy of the Tour de France career record of 34 stage wins held by Belgium’s Eddy Merckx.

Cavendish extended his lead in the green jersey points classification to 59 seconds over Australia’s Michael Matthews. Defending champion Tadej Pogacar of Slovenia retained the yellow jersey as the overall leader.

Wednesday’s Stage 11 runs 198.9 kilometers from Sorgues to Malaucene. The 21-stage course is scheduled to conclude on July 18 in Paris.