Things to know about the hockey competition at the 2020 Tokyo Olympics: One gold in each tournament.

Argentina became the first South American team to secure Olympic gold in the men’s tournament after their victory over Belgium in the final.

In the women’s tournament, Britain dethroned tournament favorites the Netherlands in a shootout to take home their first Olympic gold medal in women’s hockey.

Defending champions Argentina will again be in the mix but Belgium, Australia, Germany, the Netherlands and India are the most likely medal contenders.

In the women’s tournament, Britain is the favorite after clinching gold and bronze at the previous two Games with the Netherlands, champions in 2008 and 2012, expected to push them all the way.

Japan’s men, who made their last Olympic appearance at the 1968 Mexico City Games, have qualified as hosts this time around. 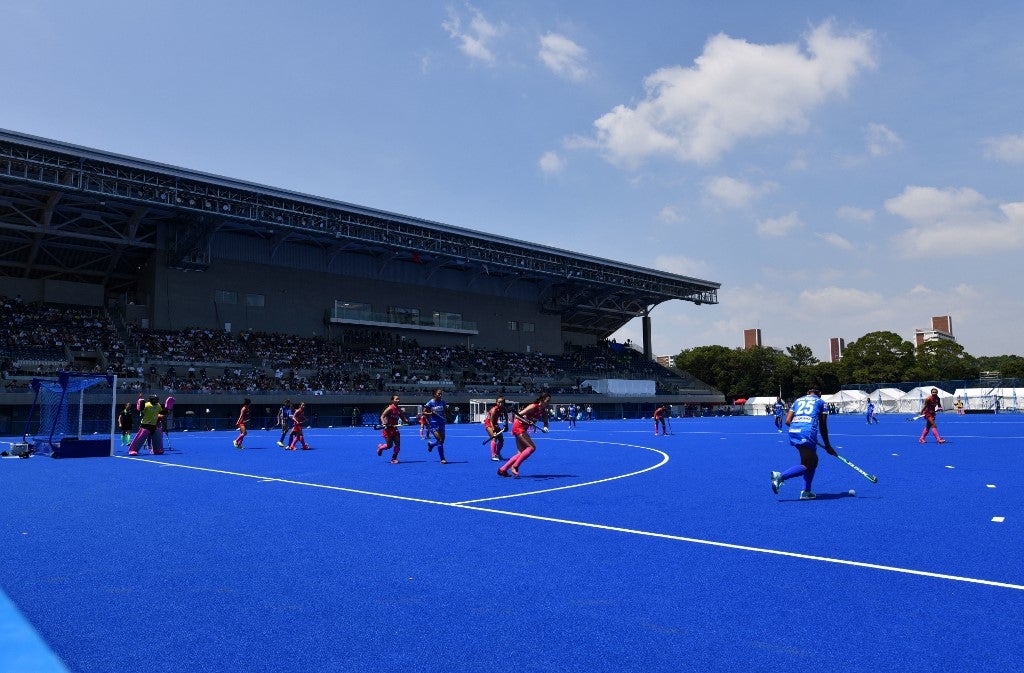 A qualification match between India and Japan at the Ready Steady Tokyo hockey tournament, a test event ahead of the Tokyo 2020 Olympic Games, at the Oi hockey stadium north pitch in Tokyo on August 17, 2019. (Photo by Toshifumi KITAMURA / AFP)

At the Oi Hockey Stadium, which was newly constructed in a park near Tokyo Bay.

Hockey became an Olympic sport at the 1908 London Games. It has been at every Olympics since except the 1912 and 1924 Games. The women’s tournament was added at the 1980 Moscow Games.

The matches will mostly be played in the mornings and evenings, reportedly due to concerns about the impact Tokyo’s sweltering summer heat could have on players, as well as clearance for planes to use a flight path over Tokyo to Haneda airport, which sits about 5km away from the hockey venue.