This photo taken on June 22, 2021 shows Philippine boxing legend and Senator Manny Pacquiao training at his gym in the city of General Santos for his upcoming bout against Errol Spence of the US. (Photo by TED ALJIBE / AFP)

In an interview with KO Artist Sports, Hopkins said Pacquiao’s experience alone will be vital in the fight against Spence that now includes the Ring Magazine welterweight strap.

“The advantage mentally goes to Pacquiao,” said Hopkins. “We all know as far as the experience goes, that along with a burst of youthful energy, that we’ve seen in history in fights where guys we knew were dangerous but we didn’t know he was gonna show up that good. That’s the type of feeling I get when I hear about this fight.”

“There are fighters who’ve been around as long as Manny who’ve seen every style and have been in every hostile situation.”

Pacquiao (62-7-2), 42, will be fighting in his 72nd bout against the 31-year-old Spence (27-0) who is seen as the second-best welterweight behind WBO champion Terence Crawford and ranks sixth in Ring Magazine’s pound-for-pound list. 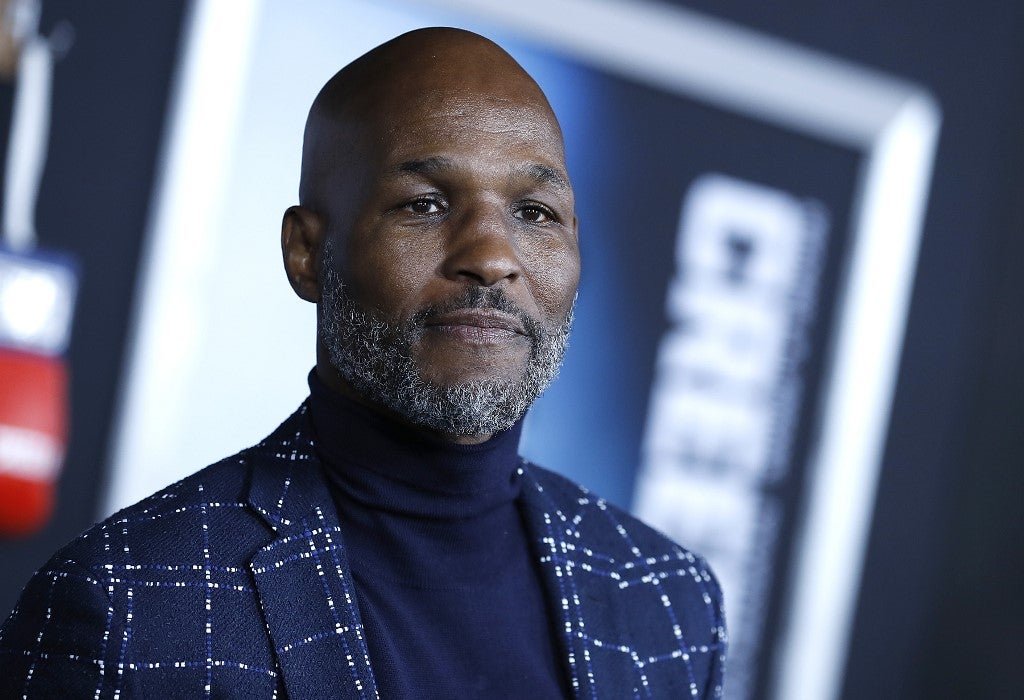 Hopkins, who was once the undisputed middleweight and lineal light heavyweight champion, said that Spence need not change his style against Pacquiao but he has to utilize his jab to great effect.

Both Pacquiao and Spence are volume punchers and have a combined 60 knockouts between them, but Hopkins believes the undefeated American should go to his jab to disrupt the eight-division champion’s herky jerky movements.

“The jab is important and Spence has to control the jab,” said Hopkins as he mimicked Pacquiao’s darting footwork. “Because that jab disturbs you, it messes up the rhythm for the fighter to go.”

“Pacquiao’s been great at that [movement] for 15 years and he’ll beat you with his legs first into submission and after that he hits you.”