A longshot for an Olympic medal, Nievarez rows to put his sport in spotlight | Inquirer Sports
Close
menu
search 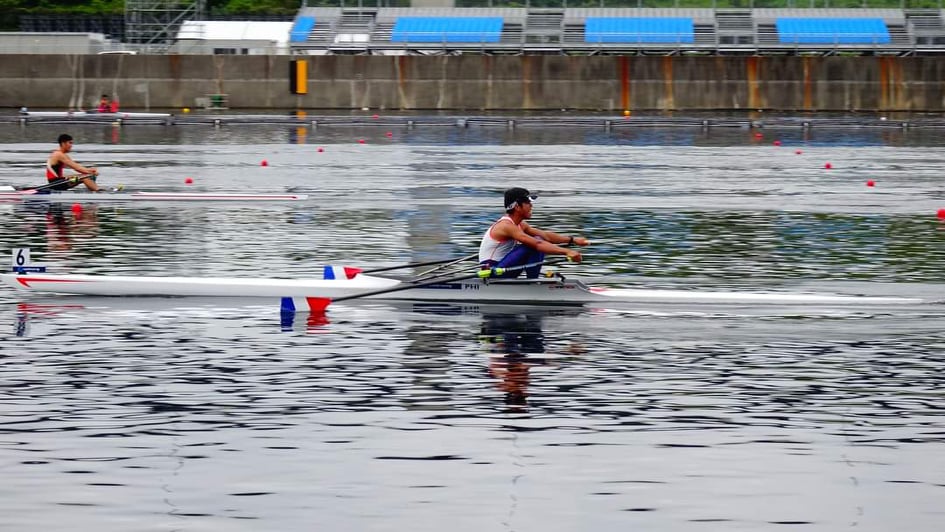 Cris Nievarez hopes his stint in the Olympics will raise rowing’s profile in the country. —PHOTO COURTESY OF CRIS NIEVAREZ

Sometime around May, Cris Nievarez stood along Tokyo’s Odaiba Bay—the venue of this Summer Games’ boat races—thinking that an Olympic berth was a long shot.

He did, however, toy with the idea of returning soon.

“We weren’t really expecting to qualify. But we were really hoping to get back,” he told SportsIQ in Filipino on Thursday, looking back at one of the moments during the World Rowing Asia and Oceania Olympic and Paralympic Qualification Regatta where he finished 9th.

That faint wish, however, will be the reality Nievarez will be living in on July 23, when the Atimonan, Quezon, rower plunges into the men’s single sculls (M1x) event of the Olympic Games.

And for his part, Nievarez, who is the Philippines’ first rower for the games since 2000’s Benjamin Tolentino, said he is more than primed for the moment.

“Truly ready—I’m a hundred percent ready to compete,” said Nievarez, who seems to have embraced pressure and the challenges that await him at Sea Forest Waterway.

A total of 32 athletes will lock horns in the M1x event. The field will be bannered by Croatia’s Damir Martin, the 2016 Rio Games silver winner hoping to rebound from his narrow loss to now-retired Mahe Drysdale of New Zealand.

Also seeing action are Lithuania’s Mindaugas Griškonis, Norway’s Kjetil and Germany’s Oliver Zeidler, all of whom Nievarez competed against during the 2019 World Championships in Austria.

Nievarez, a 2019 Southeast Asian Games gold winner, understands the remote possibility of tabbing a medal against such established names, and that is precisely why he is more than eager to compete against them on the biggest stage known to man.

“I’ll be representing [the Philippines’] oars. That way, I’m also going to put more exposure on the sport and on my performance,” he said, noting his counterparts’ constant exposure to club competition—something that Filipinos massively lack.

“We only have the Manila Boat Club here. Then at the university level, only University of the Philippines and Ateneo’s,” he said. “After that, it’s the national team already.”

The 21-year-old rowing ace will be the first Filipino to see action in this year’s Summer Games, barring any changes in the M1x schedule.

“I will give whatever I could give to the game,” he said.

This, as Nievarez plots, not only for his future but also for the sport.

“There will be plenty of Olympics to come. Paris is up next. By that time, I’ll be seasoned enough,” he said.

And Nievarez hopes that by then, the Filipinos’ interest in the sport has grown immensely as well.