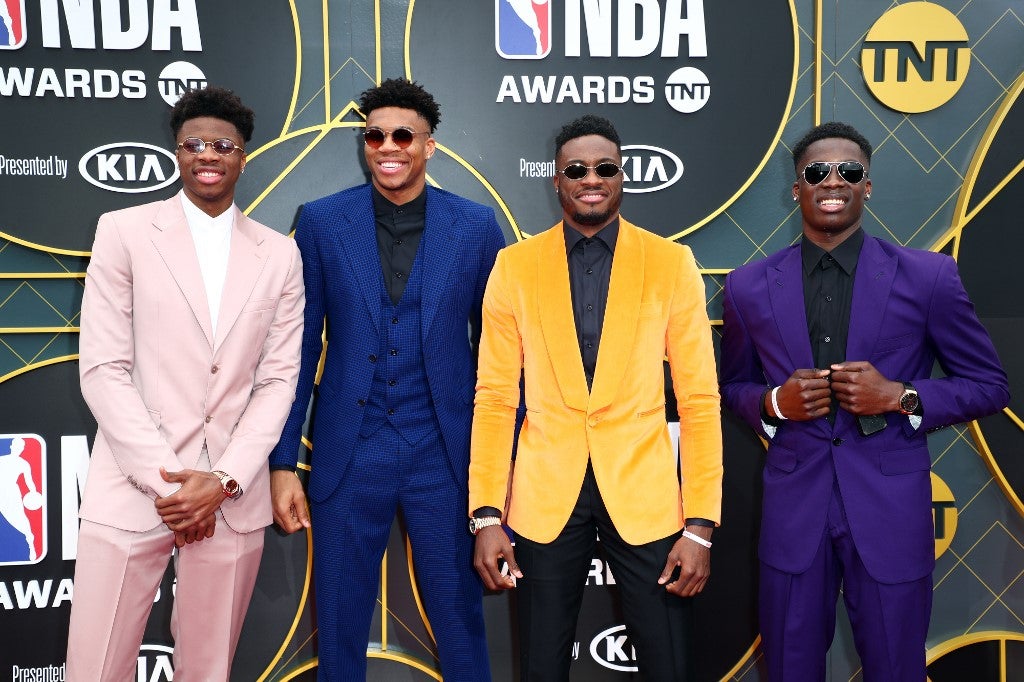 Giannis and Thanasis Antetokounmpo became NBA champions on Tuesday with the Milwaukee Bucks, putting them level with younger brother Kostas and making them the first trio of brothers to win a league title.

Kostas, 23, played for the Los Angeles Lakers team that won last year’s NBA championship, which naturally made for some good-natured family jokes.

“Obviously at the dinner table it was awkward a little bit because he had the ring before me,” Giannis, 26, said during an on-court interview. “But now me and Thanasis have ours.”

Giannis immediately went on IG live with his brother Thanasis, who’s in quarantine.

“I’m a f**king champion, nobody can take that away from me” pic.twitter.com/ikHT0EMZ5E

Giannis was named the NBA Finals Most Valuable Player after ha averaged 35.2 points, 13.2 rebounds and five assists during the 4-2 series win over the Phoenix Suns.

Thanasis, 29, played a minor role off the bench during the playoffs but did not suit up in the last two games of the Finals after entering the NBA’s health and safety protocols.

There have been many siblings who have played in the NBA and prior to the Antetokounmpo siblings, Spaniards Pau and Marc Gasol were the only other brothers to win NBA titles after doing so with the Lakers and Toronto Raptors respectively.