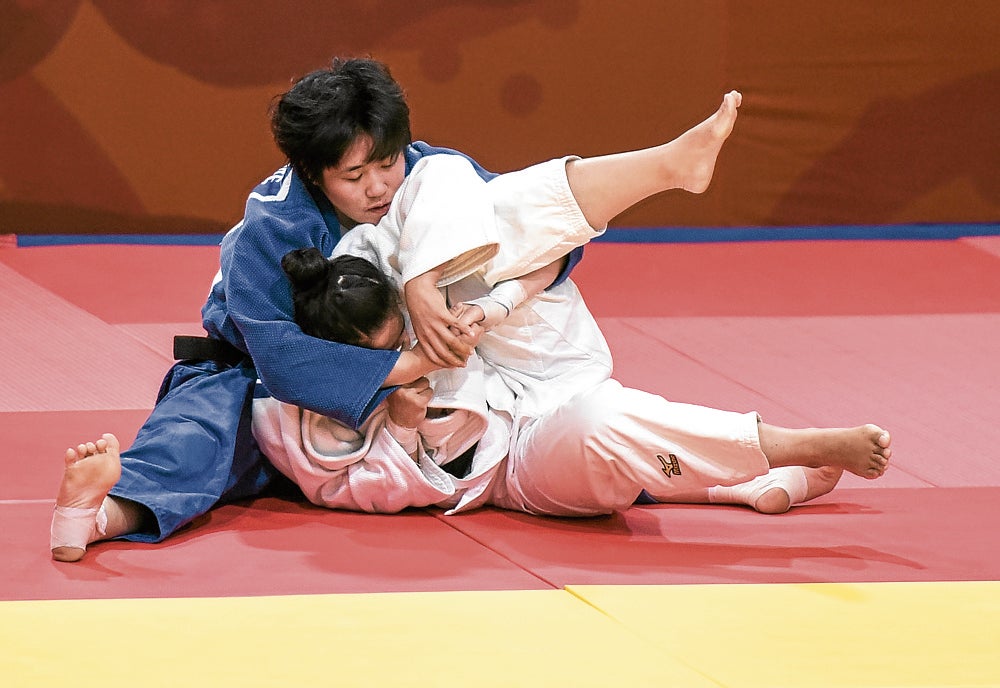 TOKYO—Kiyomi Watanabe often runs in the opposite direction of the spotlight.

“I am shy and rarely appear in news or interviews,” Watanabe told the Inquirer’s SportsIQ in an interview that will be aired on Thursday.

That’s why the judo star—and more Irene—was surprised when the limelight chased after her.

Watanabe was named flag-bearer for the Philippines in Friday’s opening ceremonies of the Tokyo Olympics, a rare public strut for the Cebu-born athlete who normally bathes in the limelight for about four minutes or less—about the time it takes her to dismantle opponents on the mat.

“I was surprised when I was chosen to be a flag bearer,” said Watanabe, who spoke in Japanese during the interview.

The daughter of a Japanese father and a Filipino mother, Watanabe has made the most of the situation, where pandemic lockdowns stunted her training opportunities for the Summer Games.

“Because of COVID-19, I did my best to practice in a limited environment. I do weights, judo training in Yamanashi (Prefecture) or Tokyo with the Waseda (University team),” the 24-year-old said.

The Asian Games silver medalist has been battling elbow problems recently. Watanabe said the “elbow is not yet completely healed.”

“[But] it has strength already so I don’t think it will be a problem,”

Neither will be the upgrade in opposition, she said.

Watanabe has ruled the Southeast Asian (SEA) Games, but with the world’s best judokas gathering here, she faces tougher odds.

“SEA Games, Asian Games, and the Olympics are all the same competition,” she said. “And I am training just the same so I will compete in the Olympics with that same feeling that I always have. I always intend to compete whatever match it is.”

And she will be competing with a goal in mind.

“[M]y goal is to win a medal, so I’m just going to do my best to get that goal, and I hope everyone will continue to support me,” Watanabe said.

Watanabe plunges into action on July 27 during the preliminaries of the -63 kilograms women’s division.

But before that, she gets to walk the Philippine flag into the shortened opening ceremony together with boxing’s Eumir Marcial.

And she vows to treat that responsibility as seriously as she does her bouts.

“I am very happy to have been chosen as one of the honored flag bearers. On the opening ceremony day, I will hold the flag firmly and walk proudly as the country’s representative,” she vowed.