All pressure Yulo feels now is just winning for country 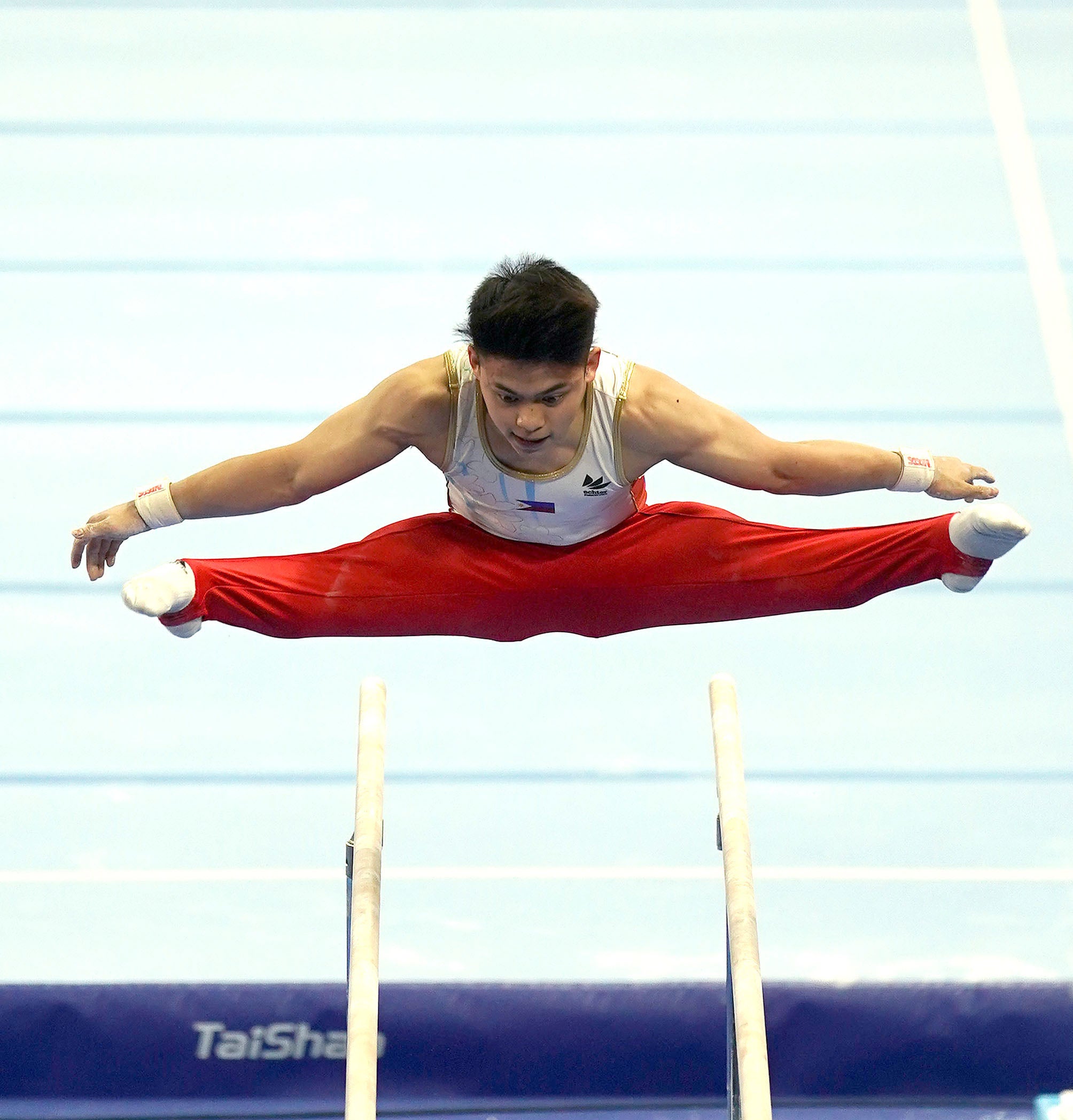 Carlos Yulo, according to his sport’s association, has no idea on what the bonanza is for winning an Olympic gold medal for the
Philippines. —AUGUST DELA CRUZ

TOKYO—The country’s brightest hope for a gold-medal performance is not even aware yet of how much the bounty is attached to the feat.

“I haven’t told him yet about it and I don’t plan to,” said Gymnastics Association of the Philippines president Cynthia Carrion on Wednesday at Conrad Hotel here.

And there’s a very good reason why Carrion isn’t telling him about the incentives that could, according to Philippine Olympic Committee president Rep. Abraham “Bambol” Tolentino, reach a whopping P50 million. “I want him to do everything he can for the country, not just for the money,” Carrion said.

There is something else the Carrion isn’t telling Yulo: A nation hopeful that Tokyo is where the chase for an Olympic gold finally ends is pinning its hopes on the 21-year-old from Malate in Manila to deliver.

“I don’t want to put too much pressure on him,” Carrion said.

Yulo will go into the Olympics as the reigning world champion in floor exercise, having ruled the event in 2019 in Germany, where he beat Israel’s Ukraine-born gymnast Artem Dolgopyat for the title. Yulo, the youngest gymnast in the field during that competition, scored 15.300 against Dolgopyat’s 15.200. China’s Xiao Ruoteng finished third with 14.933.

Carrion thinks Yulo will be worth more medals—and more incentives—here.

She has said that she expects Yulo to finish in the podium in vault and parallel bars.

In vault, Yulo faces the likes of reigning world champion Nikita Nagornyy of Russia and his compatriot, Artur Dalaloyan, who finished second. United Kingdom’s Joe Fraser, meanwhile, is the world champion in the parallel bars and he and runner-up Ahmet Önder of Turkey will be gunning for gold here.

Carrion said Yulo’s form and demeanor is where it should be days before he plunges into action.

“He is so calm, confident and ready. He’s really very strong right now. When I saw him, I was really impressed,” added Carrion, who has built walls around Yulo in an effort to keep him away from distractions.