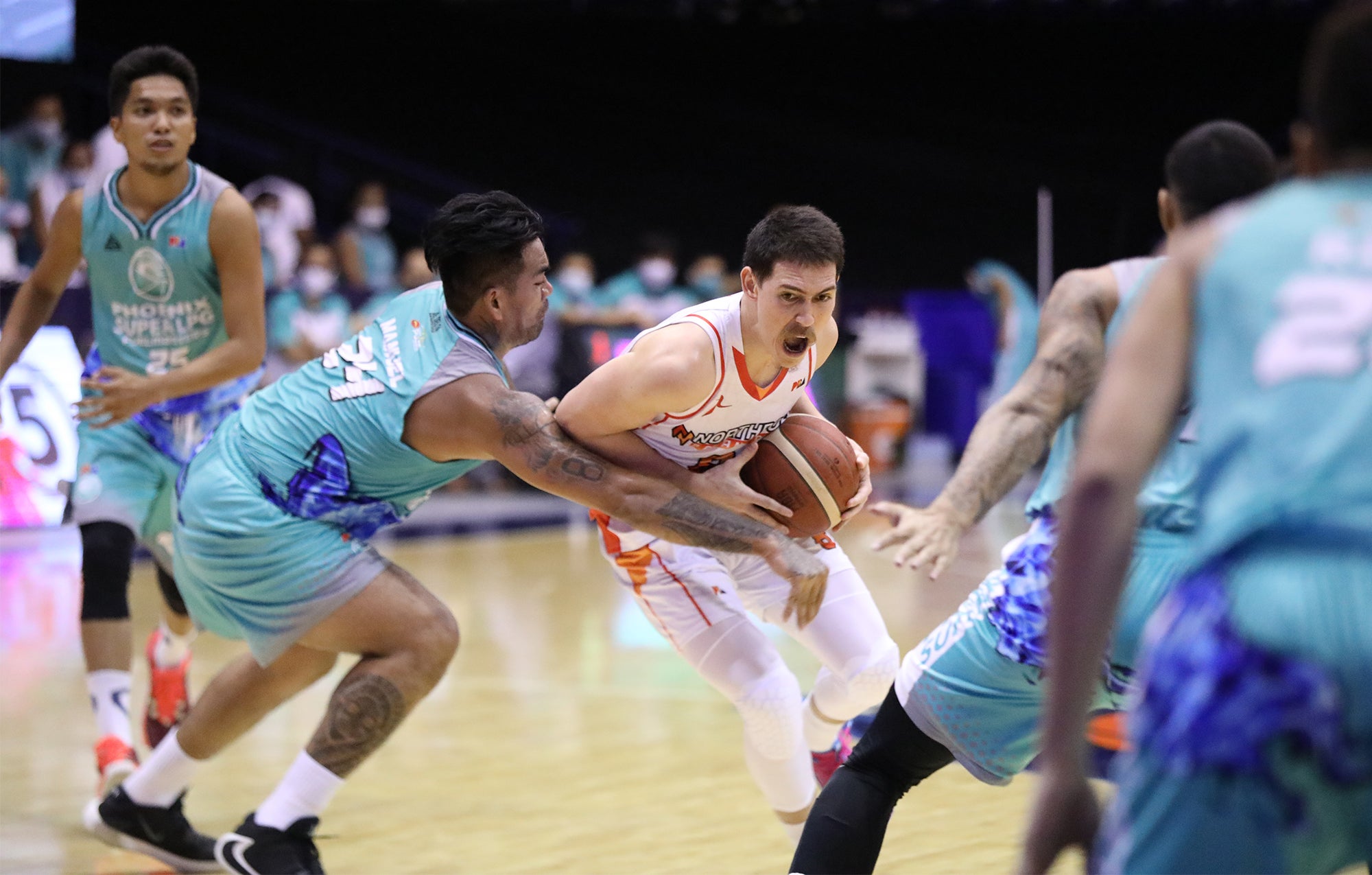 Robert Bolick (with ball) was a sparkplug for the Batang Pier and shared team scoring honors.—PBA IMAGES

NorthPort came out swinging on Wednesday and went on to manhandle Phoenix, 115-79, in the PBA Philippine Cup as the comebacking Robert Bolick and two others scored 20 points each in helping the Batang Pier post the most one-sided win in franchise history at Ynares Sports Arena in Pasig.

Out of the bubble last season because of an ACL tear, Bolick also had 11 assists with Troy Rike and Kevin Ferrer also shooting 20 apiece as the Batang Pier rebounded mightily from an 85-63 loss to Meralco where they shot just 21 percent from the field to tie the second worst shooting clip in league history.

The loss was the second straight for the Fuel Masters.

Magnolia grabbed a share of the lead later after an 84-82 nipping of Alaska.

Paul Lee fed Ian Sangalang for the game-winning layup as the Hotshots tied Meralco and Rain or Shine at the top.
“We were so disappointed with our first game,” NorthPort coach Pido Jarencio said after getting his entire starting unit to score in double figures. “We just fixed one thing, and that was our defense. We came into the game looking to play our best defensive game.”

Vic Manuel led the Fuel Masters with 26 points coming off the bench. Gunslinger Matthew Wright struggled to finish with 15.

The NorthPort defense did its job as it held the Fuel Masters scoreless for a four-minute span that had the Batang Pier roaring to a 39-20 lead Phoenix never came close to putting a dent on the rest of the way.