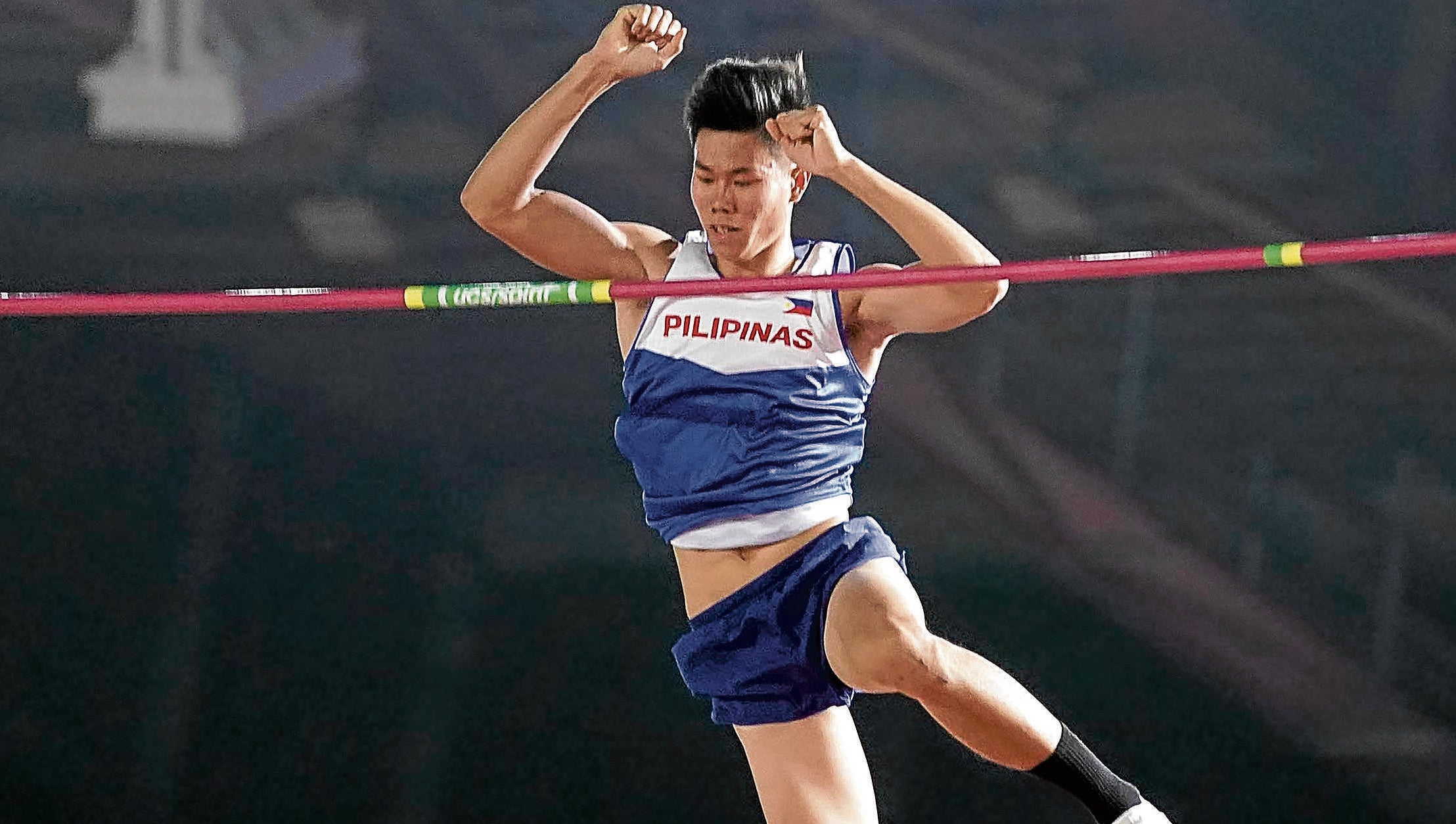 TOKYO—EJ Obiena reached for his arm, mock-rubbing goosebumps as he was getting a history lesson.

In case you need to brush up on the topic, too, here, in a nutshell, is what Obiena was told: No Filipino has medaled in athletics in the Olympics for close to a century. Even during the golden age for the sport in the 1980s, stars like Lydia de Vega Mercado, Hector Begeo and Isidro del Prado never made it to the podium in the Summer Games.

Obiena has a chance to end all that.

The 25-year-old pole vaulter is one of the medal hopes of the country in the Tokyo Olympics here, a fact his coach, Vitaly Petrov, made sure he understood.

“I never really thought that I was going to be in this position where I would be vying for a medal. And realistically speaking, I actually can,” Obiena said.

“My coach said to me about a week ago—sorry for the language—‘No bullshit, EJ. We have a chance to do something special here. We have to stay focused. Don’t be idiotic and do something stupid.’”

He won’t, if only for the reverence he holds for Petrov, who has trained some of the greatest pole vaulters in the world.

“You cannot tell my story without mentioning Vitaly,” Obiena said. “He’s the guy who has been with me the most through it all. He’s the guy who made me jump where I am jumping now. When I was injured with my ACL, he was not physically there, he called me and he was really devastated with what happened.”

“I believe I won’t be where I am at without him. I am grateful that he saw something in me, and he decided that ‘I like this guy.’”

Obiena will have about a week to prepare for his Olympic shot and he intends to make the most of the remaining preparation time to whip himself up into medal shape.

There is reason for the optimism surrounding Obiena, who has risen to No. 6 in the world after competing—and beating—the likes of reigning Olympic champion and current training partner Thiago Braz. But even his qualifications and the new awareness of the enormity of his mission wasn’t enough to rattle Obiena, who remained confident that he can showcase his best against the strongest opposition here.

“I’m just here to do my part, which is to jump,” the University of Santo Tomas standout said. “And I know what I’m able to do. I’ve competed with these guys multiple times so I just got to bring my normal self come that qualification day and hopefully to the finals.”

EJ Obiena rises to world No. 6 in pole vault ahead of Tokyo