EJ Obiena rises to world No. 6 in pole vault ahead of Tokyo Olympics 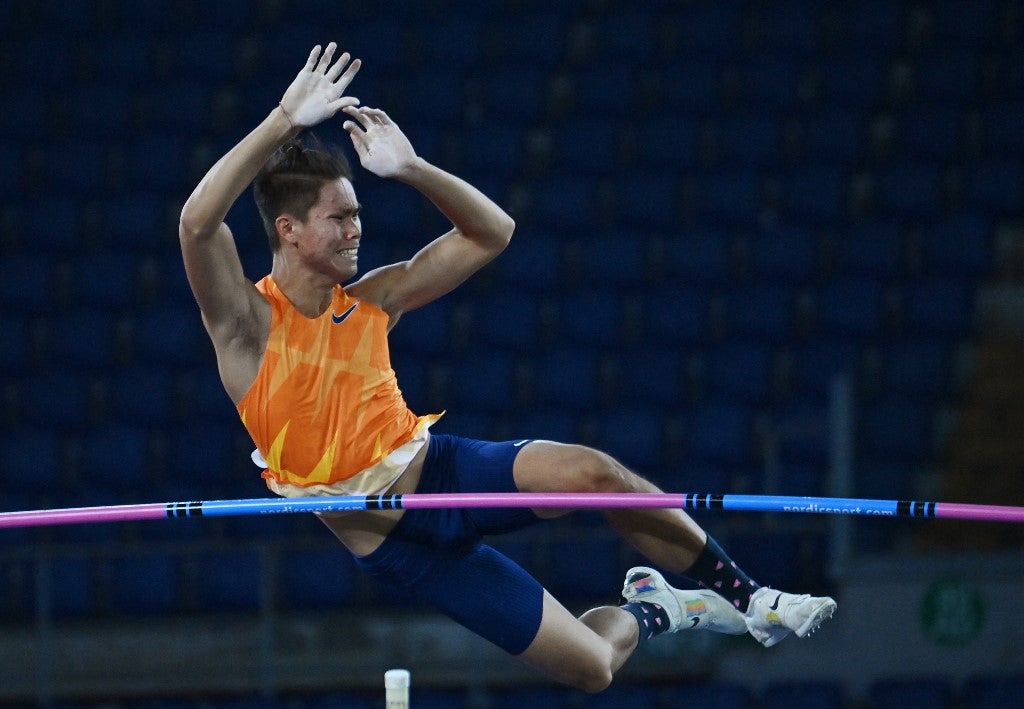 FILE — Philippines’s Ernest John Obiena competes in the men’s Pole Vault during the IAAF Diamond League competition on September 17, 2020 at the Olympic stadium in Rome. (Photo by ANDREAS SOLARO / AFP)

MANILA, Philippines—EJ Obiena moved to sixth place in the pole vault rankings of the World Athletics just a few weeks before the start of the 2020 Tokyo Olympics.

The country’s top pole vaulter jumped from 10th following a string of successful campaigns in international competitions in which he set the Philippine record twice.

“Pursue your passion and prepare to work hard, real hard. Work continues but this fills me with inspiration and gratitude,” wrote Obiena on Facebook. “Thank you to all who keeps believing, who keeps hope alive in their hearts, who keeps praying to God for His mercy and grace.”

Pursue your passion and prepare to work hard, real hard. Work continues but this fills me with inspiration and…

Armand Duplantis, who holds the world record in the discipline, is still the best pole vaulter in the world while 2016 Olympics bronze medalist Sam Kendricks is at the second spot.

Piotr Lisek, the 2017 World championships silver medalist, is at third in the rankings followed by Renaud Lavillenie and Christopher Nilsen at fourth and fifth, respectively.

Obiena captured his first gold of the season when he cleared 5.70 meters in the Gothenburg Athletics Grand Prix in Germany on June 2.

The first time that he broke the Philippine record, which he also owns, was on June 11 when he cleared 5.85 meters for the gold medal in the Jump and Fly Meet in Mossingen, Germany.

Obiena then erased the mark for the second time when he registered 5.87 meters to claim the silver medal in the Irena Szewinska Memorial-Bydgoszcz in Poland at the end of June.

“The Olympics is very near and no one can predict the results, but rest assured that the fighting spirit is very much alive. We will proudly, not just represent the Philippines, but fight for its glory,” wrote Obiena. “I rest it all to You.”