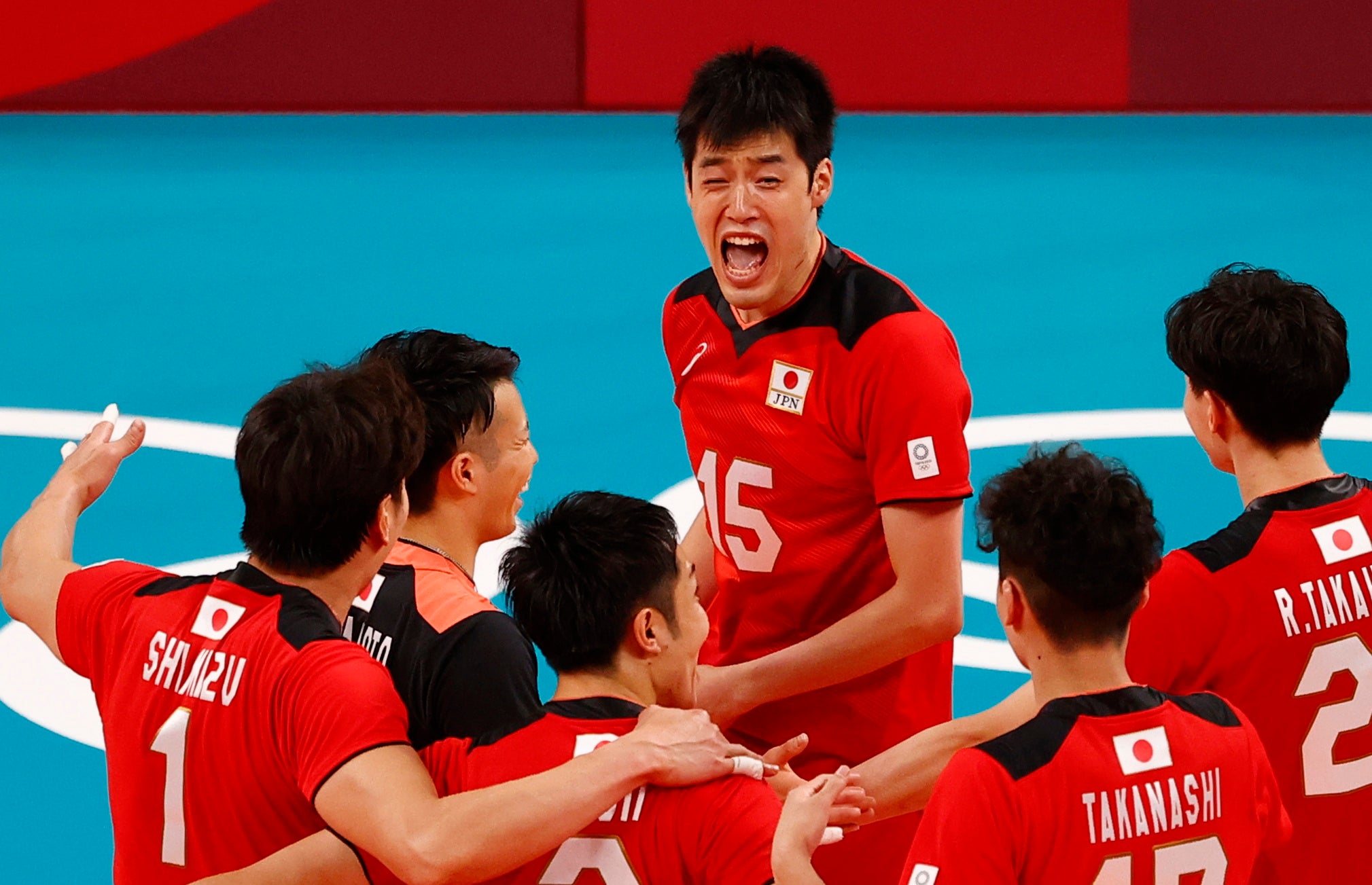 TOKYO—Host Japan began its men’s volleyball campaign with its first victory at the Olympics in 29 years while Iran edged Poland in a five-set epic in their Pool A openers at an empty Ariake Arena on Saturday.

Japan’s win over Venezuela in straight sets was its first since the 1992 Barcelona Games and the team was led from the front by Yuki Ishikawa (15 points) and 19-year-old Ran Takahashi (11 points) who delivered a barrage of spikes.

Akihiro Yamauchi was also in inspired form at the net as Japan sealed a 25-21 25-20 25-15 victory. With nothing to separate the sides at 16-16 in the opening set, Yamauchi made three blocks on consecutive points to give Japan the lead.

Japan never relinquished the advantage in a closely-fought second set while it was one-way traffic for the dominant hosts in the third.

“We didn’t panic and focused on what we had to do,” Ishikawa told reporters. “If we had spectators in the arena, they surely would have motivated us more. But the fact there are no fans here never reduces our motivation for the Olympics.”

Poland, led by Wilfredo Leon’s 23 points, saved six match points and even had two themselves in the decider, as fatigue set in and both teams served poorly, until Iran finally clinched victory on its seventh match point. Earlier, Italy fought back from two sets down to seal a remarkable victory against Canada in Pool A.

Canada’s Sharone Vernon-Evans and Lucas van Berkel did most of the early damage but Italy, silver medalist in 2016, eventually found its groove to force a tiebreak and prevail against Canada.

The towering Italian duo of Alessandro Michieletto and Osmany Juantorena scored 24 and 21 points respectively, while Galassi Gianluca also scored a match-high four points from blocks at the net.

“Since this is my first Olympics, I was nervous but tried to focus on the game… the saddest thing is that I cannot see spectators here,” Michieletto, 19, said.

In Pool B, Argentina won the opening set against the Russian Olympic Committee team but was soon overwhelmed by Maxim Mikhaylov and Dmitry Volkov, who combined for 33 points, while the team made 13 blocks.

Brazil and the U.S. — gold and bronze medalists in 2016 — won comfortably in straight sets against Tunisia and France, respectively.