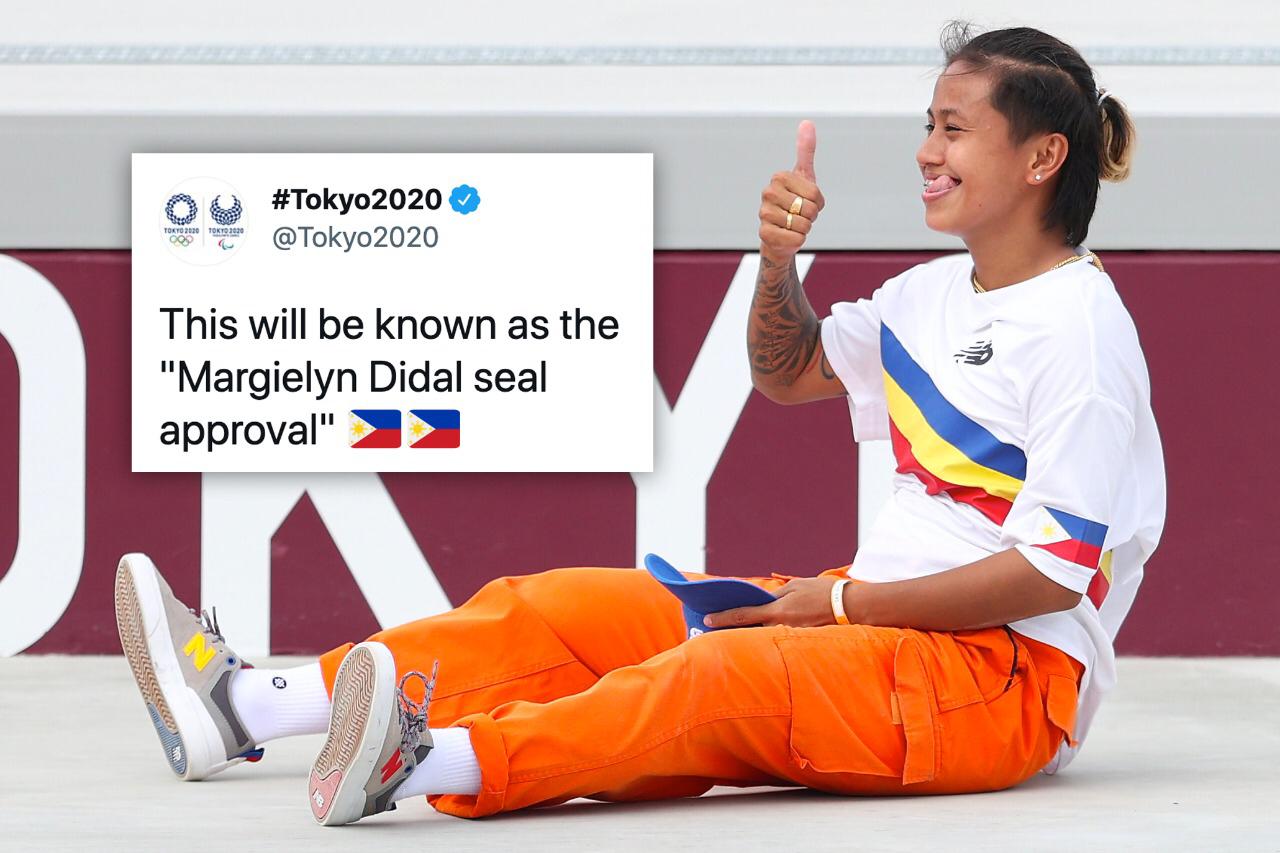 MANILA, Philippines—Margielyn Didal may have missed out on the podium, but her infectious energy crossed oceans as the Filipino Olympian charmed her way into Tokyo Summer Games lore.

The seventh placer in the women’s skateboarding street event struck a friendship with silver medalist Raysssa Leal of Brazil with the two exchanging not only pleasantries but also hugs during the medal round Monday at Ariake Sports Park.

Didal and Leal were seen dancing during the competition itself and the two were even posting dances on Tiktok.

This Olympic friendship with the 13-year-old Leal even made Didal, nine years the elder of the Brazilian, a trending topic in Brazil on Twitter behind World Skate’s no.1 street skater Pamela Rosa. Tokyo Olympics’ official social media also took notice of Didal’s personality, posting a picture of the Cebuano skater with the caption “this will be known as the Margielyn Didal seal of approval.”

Didal finished seventh out of eight finalists in her first Olympic Games while Leal settled for the silver behind Japan’s Nishiya Momiji.