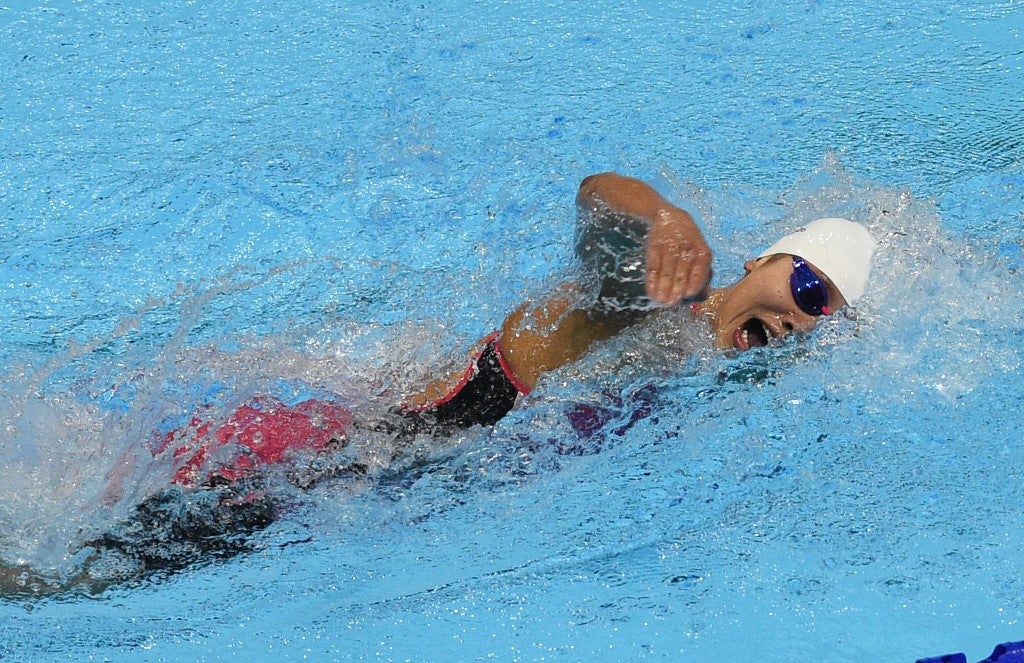 FILE — Remedy Alexis Rule from the Philippines competes in the women’s 200m freestyle at the SEA Games in the Aquatics centre in Clark City on December 6, 2019. (Photo by TED ALJIBE / AFP)

MANILA, Philippines—Filipino bet Remedy Rule qualified for the semifinals of the women’s 200-meter butterfly after she placed 15th overall in the heats of the Tokyo Olympics at Tokyo Aquatics Center Tuesday.

The 24-year-old clocked in at 2:12.23 in Heat 3, where she finished last, to qualify for the semifinals on Wednesday.

Rule gets another crack at a medal in Tokyo after she didn’t qualify for the semifinals of the women’s 100-meter butterfly, where she is a national record holder.

Luke Gebbie, meanwhile, failed in his bid to advance in the men’s 100-meter freestyle but set a new Philippine swim mark.

Gebbie finished with a time of 49.64 seconds, which is a new national record, and wound up 35th out of 71 swimmers in the qualifying heats.

Though he didn’t qualify for the penultimate round, Gebbie managed to beat Singapore’s Joseph Schooling, the Rio Olympics gold medalist in the men’s 100-meter butterfly, in Heat 5.

Schooling clocked in at 49.84 and was 39th overall in the heats.

Only the top 16 for both divisions would qualify for the semifinals.

EXPLAINER: Swimming at the Tokyo Olympics