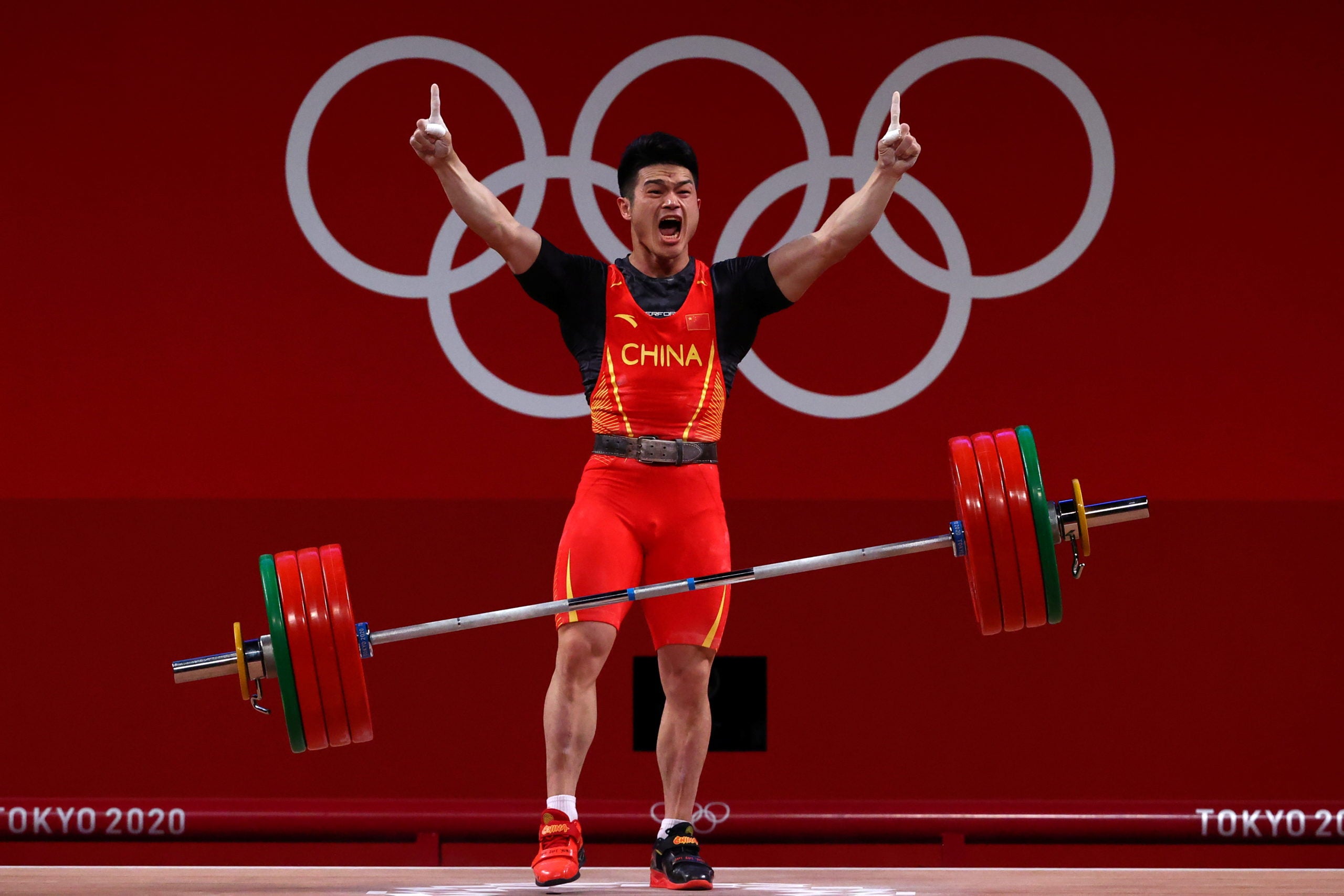 TOKYO—China’s Shi Zhiyong broke his own world record to win the men’s 73kg weightlifting event at the Olympics on Wednesday and claim a gold medal for the second Games in a row.

Venezuela’s Julio Ruben Mayora Pernia won a silver with a lift of 346 kg.

In a surprise turn, Indonesia’s Rahmat Erwin Abdullah, who competed in a division with lower weight entries, won a bronze by lifting 342 kg in total.

Shi remained strong throughout the competition, breaking the Olympic record in the snatch with his second lift and again with his third.

“My aim was to break the world record, not only to win the gold medal,” Shi told reporters.

“I would have regretted not breaking the world record. I came here to do this, I waited five years to do this. I was sure I would break my own record.” Shi, gold medalist at the 2016 Olympics in the 69 kg category, also broke the Olympic record for the clean and jerk on his first attempt.

Shi challenged the decision on his second attempt at a 192 kg clean and jerk, but the decision stood. He then lifted 198 kg on his third lift to match his world record.

Mayora Pernia tried to lift 199 kg on his third clean and jerk but failed.

Indonesia’s Abdullah said his father and coach recommended him to compete at the lower weight division because he would be “more comfortable and relaxed” that way.

“I am so happy, the plan worked,” he said, adding that his father was not able to compete at the Olympics in 2004 due to injuries.

“Today I’ve won the medal for both of us, I dedicate this to him.”