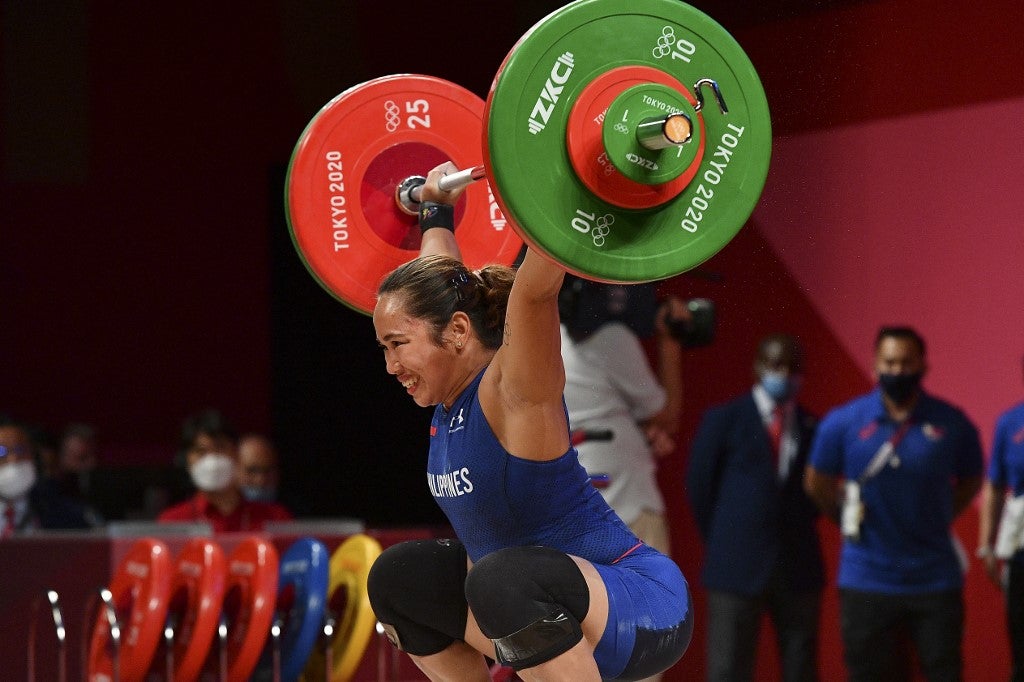 MANILA, Philippines — Weightlifting champ Hidilyn Diaz on Thursday disclosed that the China team supposedly got mad with her Chinese coach when he did not share with them the extent of the Filipino star’s strength, which led to her clinching the gold medal in the Tokyo Olympics.

“Team HD” weightlifting coach Gao Kaiwen was first tapped to join Diaz’s side, with the help of the Philippine Sports Commission (PSC), after she won gold in the 2018 Asian Games 53kg class.

(China couldn’t believe that I’m this strong, then of course, Coach did not share that with China. They were a bit mad at him because he did not share the extent of my strength.)

(Of course, I thought ‘why would he share?’ He’s here to work and make me stronger. There are mixed feelings, with the political, international issue [with] our sea. While there’s no war, I was able to represent the Philippines and beat China.)

Gao, a former head coach of the Chinese national women’s army team, had partnered with conditioning coach Julius Naranjo to build up Diaz’s strength for the Tokyo Olympics.

The Zamboanga-born athlete also lifted a record-setting combined weight of 224kg and a Games mark of 127kg in clean and jerk.

But according to Diaz, China’s side did not expect her to lift that much weight.

(For so long, with the competitions I participated in, they thought I could only lift a total of 214 kg, 215, 212 and they did not see my best. ‘No, Diaz won’t win, that’s impossible.’ So when the games came, they were shocked at how strong I really was.)

China is a weightlifting powerhouse. The country has won four gold medals and one silver–Diaz’s toughest opponent Liao Quiyun–so far in Tokyo.

(They usually clinch five out of five gold medals for example, but now, they only bagged nine out of 10. I was able to clinch one and I also set an Olympic record…I can’t believe it.)