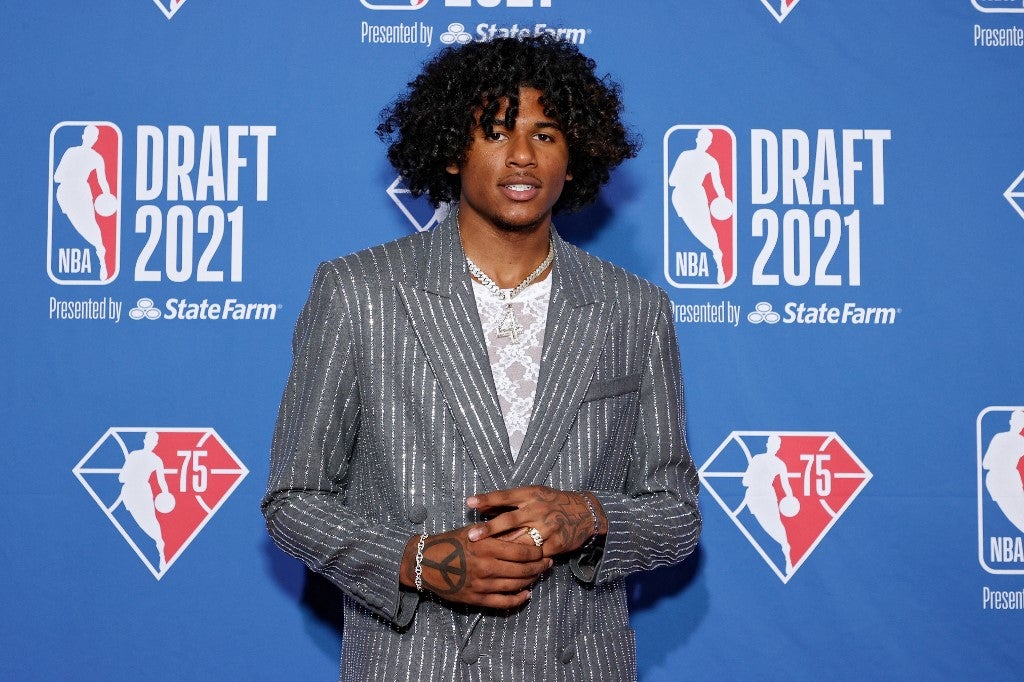 Jalen Green poses for photos on the red carpet during the 2021 NBA Draft at the Barclays Center on July 29, 2021 in New York City. Arturo Holmes/Getty Images/AFP

MANILA, Philippines—Houston selected NBA G-League Ignite alum Jalen Green second overall in the 2021 NBA Draft as it hopes to bounce back from a disappointing campaign in the 2020-21 season.

The Fil-American Green, a highly-touted prospect since high school, will boost a Rockets team that has largely dealt with injuries throughout the year.

The Rockets had a turbulent season first with the brouhaha surrounding James Harden and the injuries to John Wall and big man Christian Wood, who was an early frontrunner for Most Improved Player of the Year.

An accomplished juniors career, Green represented the United States in international competitions and complied gold medals in the Fiba U17 and U19 World Cups in 2018 and 2019, respectively.

Green, the son of a Filipino-American mother, then joined the Ignite team which paved the way for other high school prospects to forego the collegiate route including Jonathan Kuminga, Daishen Nix, and Isaiah Todd.

The 6-foot-6 guard was selected behind Oklahoma State’s Cade Cunningham.