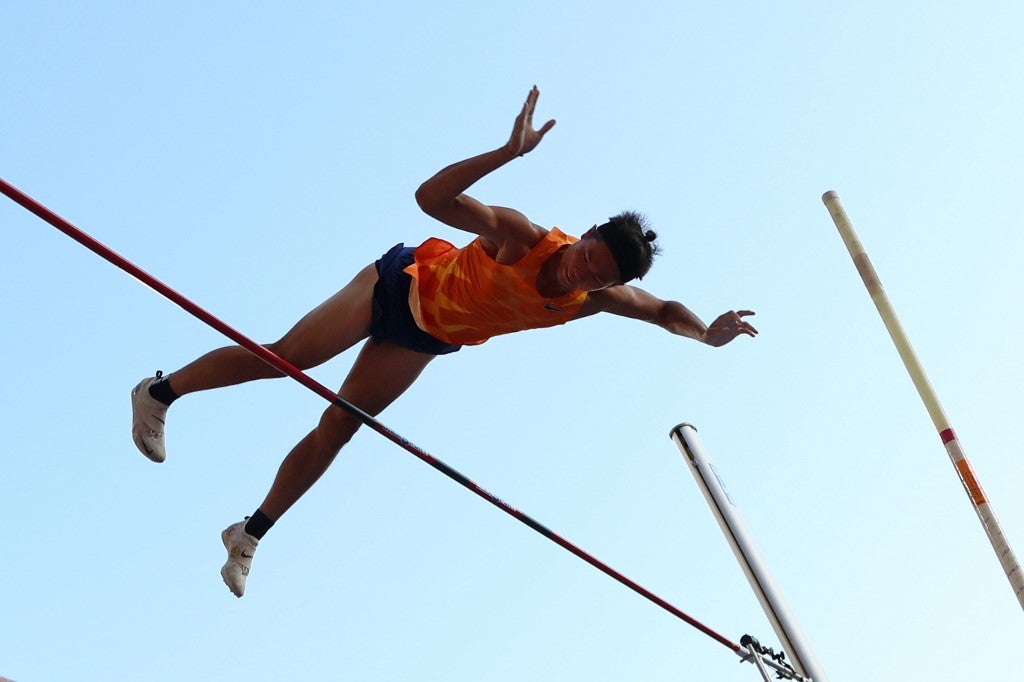 TOKYO—Surrounded by a world-class field that includes the top bet many deem untouchable in their event, Ernest John Obiena hopes to rewrite the Philippines mark on Saturday and get into the pole vault finals of the Tokyo Olympics at Olympic Stadium.

“I know I can jump 6.0 meters,” said Obiena via Zoom. “I’m not sure how I got it dialed in. I’ve seen how well I can jump, and I’ve seen what I’m capable of, and [I just have to] make sure that I bring that in the game.”

Breaching that target could mean a podium finish for Obiena especially with American Sam Kendricks scratched off the start list due to COVID-19.

Kendricks was supposed to challenge Sweden’s Mondo Duplantis for the gold here. Duplantis is the world record holder of the event at 6.18m.

While the field is still littered with big names, Team Obiena is also waging a health battle after Kendricks’ ouster spooked the Olympic vaulters.

“We’re worried over the uncertainty of the situation,” said Emerson Obiena, EJ’s father, in Filipino. “We can’t see the enemy. We need to be extra careful.”

EJ, meanwhile, is fully prepared to deal with the foes that he can see. Ranked sixth in the world, Obiena already knows how to deal with top-notch vaulters like top-ranked Duplantis, No. 3 Piotr Lisek of Poland, no. 5 Christopher Nilsen of the US and no. 7 Thiago Braz of Brazil, the Rio de Janeiro Olympics champion and Obiena’s training partner.

The 25-year-old Obiena regularly competes against them in Europe.

“It showed that I can compete with the best. It was like a preview,” said Obiena on his numerous encounters with Duplantis and Kendricks. “They are the top athletes in the world rankings. That showed me that I can compete. And, now it’s a mental game.”

Two qualify for the final, Obiena must leap 5.80 meters. The Filipino’s personal best is currently at 5.87.

‘I will give my best’: Pole vaulter EJ Obiena set to begin Olympics bid