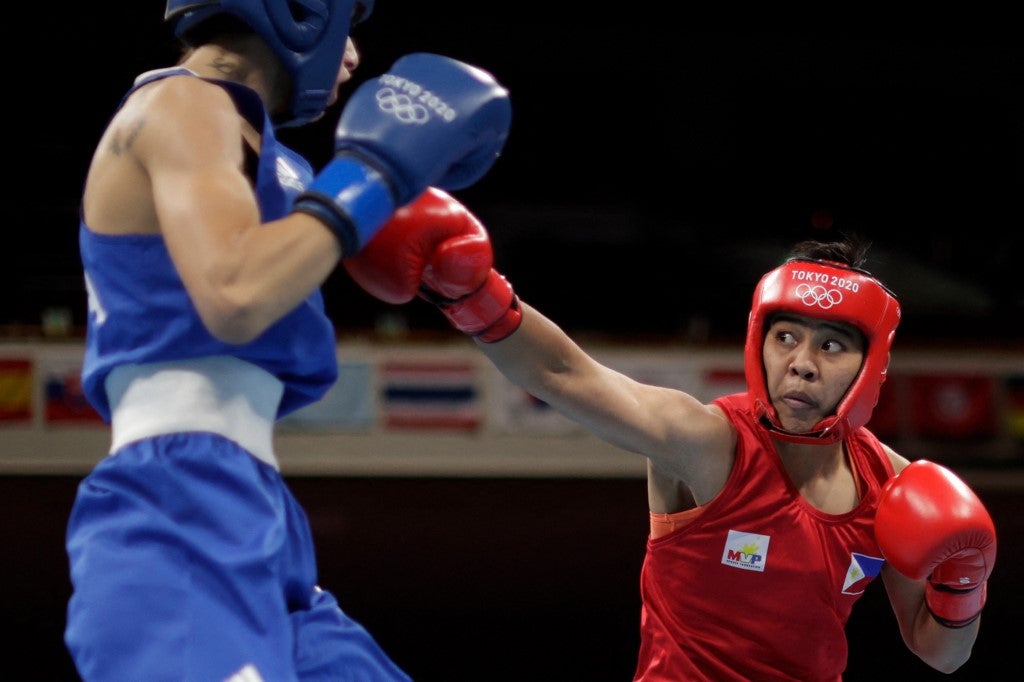 MANILA, Philippines–Nesthy Petecio was fully aware she had some catching up to do after the first round against Italy’s Irma Testa in the women’s featherweight semifinals at the Tokyo Olympics on Saturday.

Petecio also knew this: What she lacks in height, she makes up for her power.

“I know she’s tall but I didn’t mind; inside the ring, we’re just the same,” said Petecio, who gave up six inches in height, after marching on to the gold medal round with a split decision win.

“I know she was ahead,” she said in Filipino. “I stayed close to her in the second round and used my speed and power; I knew I had more power than her.”

She had more heart too.

“In the first round, I fell short. In the second round, we had a four[-point] plan, the coaches gave it to me so if the first plan did not work, we change until [we get it right],” Petecio said.

“We waited for her but [that strategy] didn’t click because her reach was too long. You all saw that I was surprised by how long her reach was.”

But more than making the necessary adjustments, Petecio’s will to win was also in full display especially in the final round when the shot for gold was up for grabs.

“It means a lot to me because it’s my father’s dream, and it’s also my dream. It’s not just for me. It’s for my country and the Filipinos that prayed for me,” said Petecio, who also dedicates her quest for Olympic gold to her coaches and late best friend.