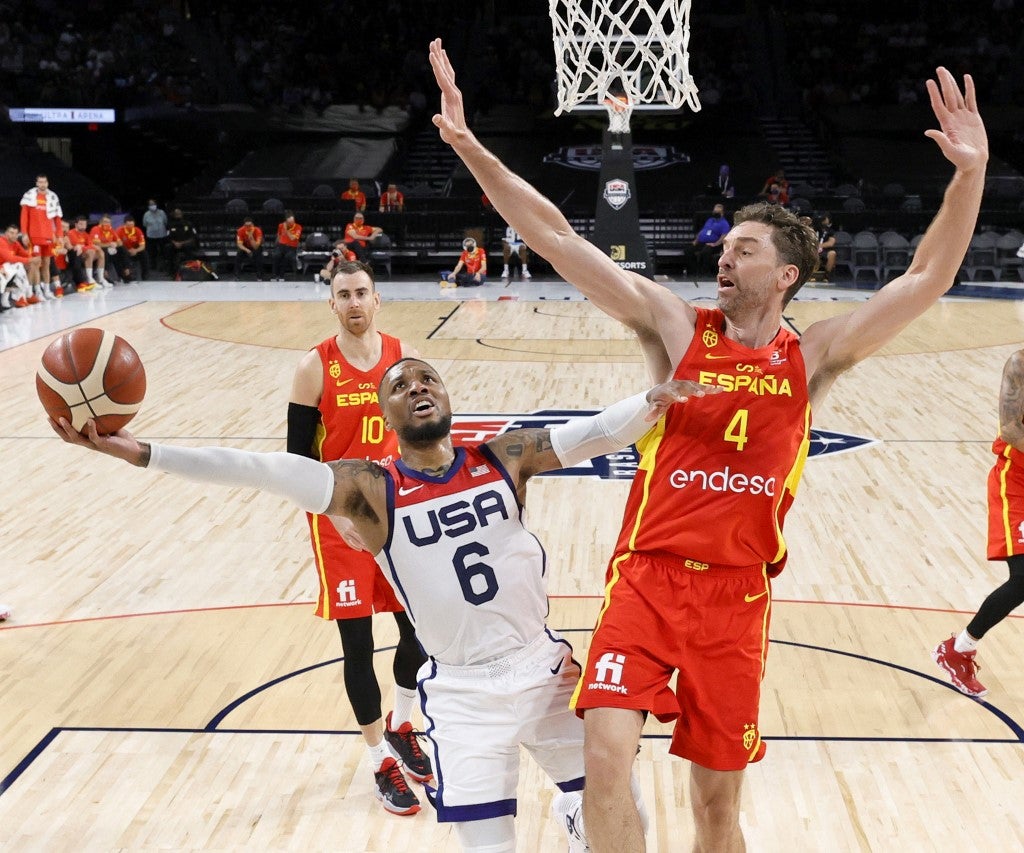 One of the world’s top two teams will be heading home from the Olympics Tuesday after the US and Spain were thrust together in the men’s basketball quarterfinals, a rematch of their 2008 and 2012 gold medal showdowns.

The pair will clash unusually early after Spain lost 95-87 to Slovenia to finish second in their group and fall out of the top-seeded bracket.

The US, led by Kevin Durant crashed in its opener against eventual Group A winner France — the Americans’ first defeat at an Olympics since 2004 — to also finish second.

Despite their poor start, which followed two defeats in exhibition games ahead of the Olympics, US coach Gregg Popovich said his team was finding their feet and were up for the do-or-die battle with the Spanish.

“We were behind the eight ball in the beginning, and we’re making some fast progress,” he said after they crushed the Czech Republic 119-84 in their final group game.

“We still have a lot of improvement that we must and can make.

“But I think the losses in the beginning put a laser focus on how you have to play with these rules, in this environment against these talented teams, who execute wonderfully.

“And if you do not have respect for your opponent, you’re going to be in big trouble. So, we learned that the hard way.”

But the Americans have their work cut out against a Spanish team boasting plenty of NBA-calibre talent, including Ricky Rubio, Marc Gasol, Willy Hernangomez and 2021 first-round draft pick Usman Garuba, who is heading to the Houston Rockets after the Games.

It will be a huge upset if Spain delivers — the US are three-time defending champions who have medalled in all 18 Olympics they have competed at, winning 15 gold, a silver and two bronze.

And they currently own an impressive 140-6 all-time record in Olympic action.

Spain coach Sergio Scariolo has crafted one of the best defending teams in the world, and he is confident heading into the game at Saitama Super Arena.

“Spain is a team that’s been legendary in the world of basketball for being able to compete throughout the years, regardless or players who were in, regardless the generations which were involved,” he said.

“We just have to keep being ourselves, keep our identity, that’s it.”

The two teams also met in Rio five years ago, but at the semifinal stage where the US was again too good, clinching a low-scoring game 82-76.