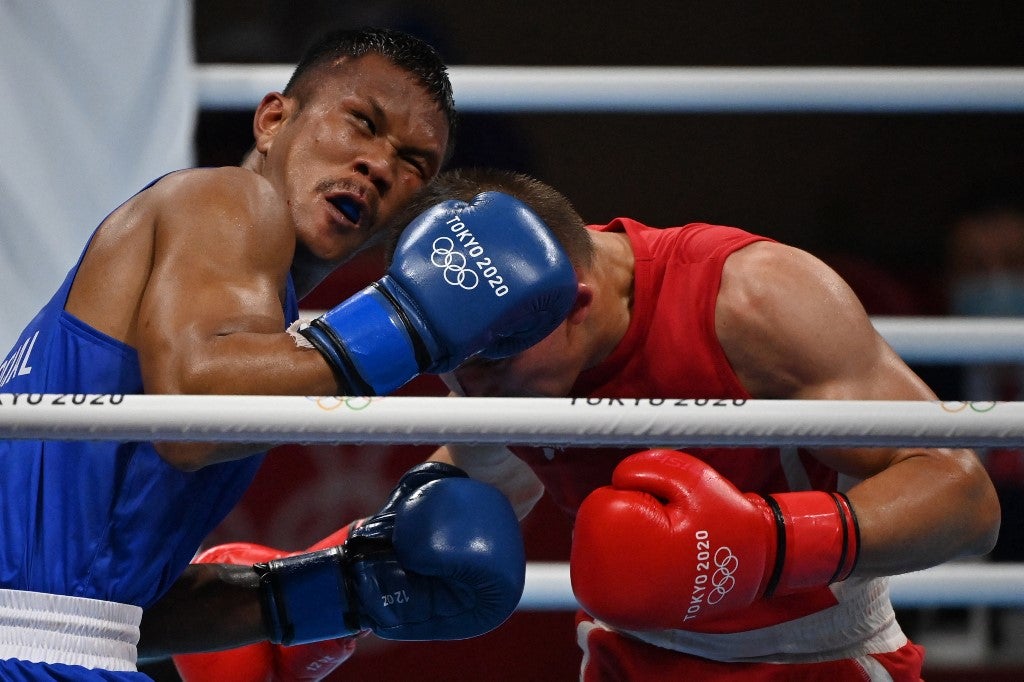 MANILA, Philippines — After outclassing his first two opponents, Eumir Marcial met his match in Ukraine’s Oleksandr Khyzhniak as he settled for the men’s middleweight bronze at the Tokyo Olympics on Thursday.

Marcial, who made it to the semifinal with a pair of first-round stoppages including a knockout over Arman Darchinyan in the quarterfinal, found Khyzhniak a tough nut to crack losing by split decision in the three-round slugfest.

The bout was too close to call and the four judges, who scored it 29-28, were split while the other went entirely in favor of Khyzhniak, 30-27.

Khyzhniak, undefeated since October 2016, has now beaten Marcial twice in a span of two years, extending his winning streak to 62.

The Zamboanga native lost to the 2017 world champion in a 2019 tournament in Strandja, Bulgaria where he was forced to withdraw at the beginning of the third round due to an injury.

Both fighters, who went toe-to-toe from the opening bell, suffered cuts–Marcial on the forehead and Khyzhniak on the bridge of his nose.

Marcial seemed to have landed more definitive blows but Khyzhniak, despite taking some punishment to the body, kept his foot on the gas pedal to pressure the Filipino throughout the fight.

Carlo Paalam, who earlier booted out Japan’s Ryomei Tanaka in the flyweight semifinal in convincing fashion, is still in contention for gold.

The last medal by a Filipino in men’s boxing was courtesy of Manuel “Onyok” Velasco’s silver in the 1996 Atlanta Games.

Eumir scores KO win for sure bronze, but says he didn’t come to Tokyo for that