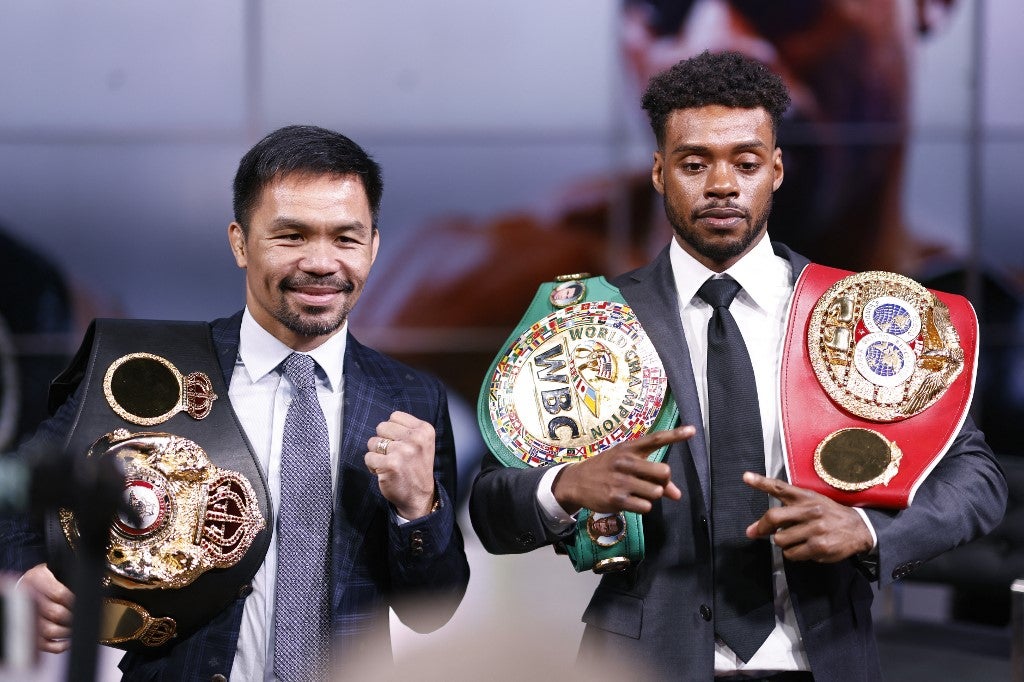 Welterweight champion Errol Spence, Jr. has been forced to withdraw from his Aug. 21 fight against Manny Pacquiao due to a retinal tear in his left eye, organizers said on Tuesday.

Cuban Yordenis Ugas, who won a bronze medal at the 2008 Beijing Olympics, has agreed to replace Spence in the main event at T-Mobile Arena in Las Vegas and defend his WBA welterweight belt against Pacquiao, who has won titles in eight divisions.

Spence, the WBC and IBF welterweight world champion who has a 27-0 record, learned he had a torn retina during a pre-fight medical examination by the Nevada State Athletic Commission in Las Vegas on Monday.

“I was excited about the fight and the event,” Spence said in a news release. “Unfortunately, the doctors found a tear in my left eye and said I needed to get surgery on it ASAP and that there was no way I could fight with my eye in that condition.”

Spence, who has returned home to Dallas, Texas and will have surgery to repair the tear on Wednesday, is expected to make a full recovery and return to the ring.

“I ask everyone to join me in praying for a full and complete recovery for Errol Spence Jr.,” said Pacquiao. “Thank God his physical examination discovered his eye condition before he suffered any further damage.”

I pray for a full and complete recovery for @ErrolSpenceJr.

In Pacquiao’s most recent fight, in July 2019, the Filipino southpaw beat Keith Thurman in a split decision to win his since-vacated WBA super welterweight title belt.

Ugas (26-4, 12 KOs) has established himself as an elite welterweight since returning from a layoff in 2016 and was elevated to world champion in January after winning a WBA championship belt by defeating Abel Ramos last September.

The 35-year-old Cuban said it is an honor to get a chance to fight Pacquiao and that he is ready for the challenge despite the short notice.

“I have a tremendous amount of respect for Pacquiao, but I am coming to win this fight,” said Ugas.

“I’ve been in camp working hard with my coach Ismael Salas and I know together we will come up with a masterful game plan to combat anything Manny will bring to the ring.”