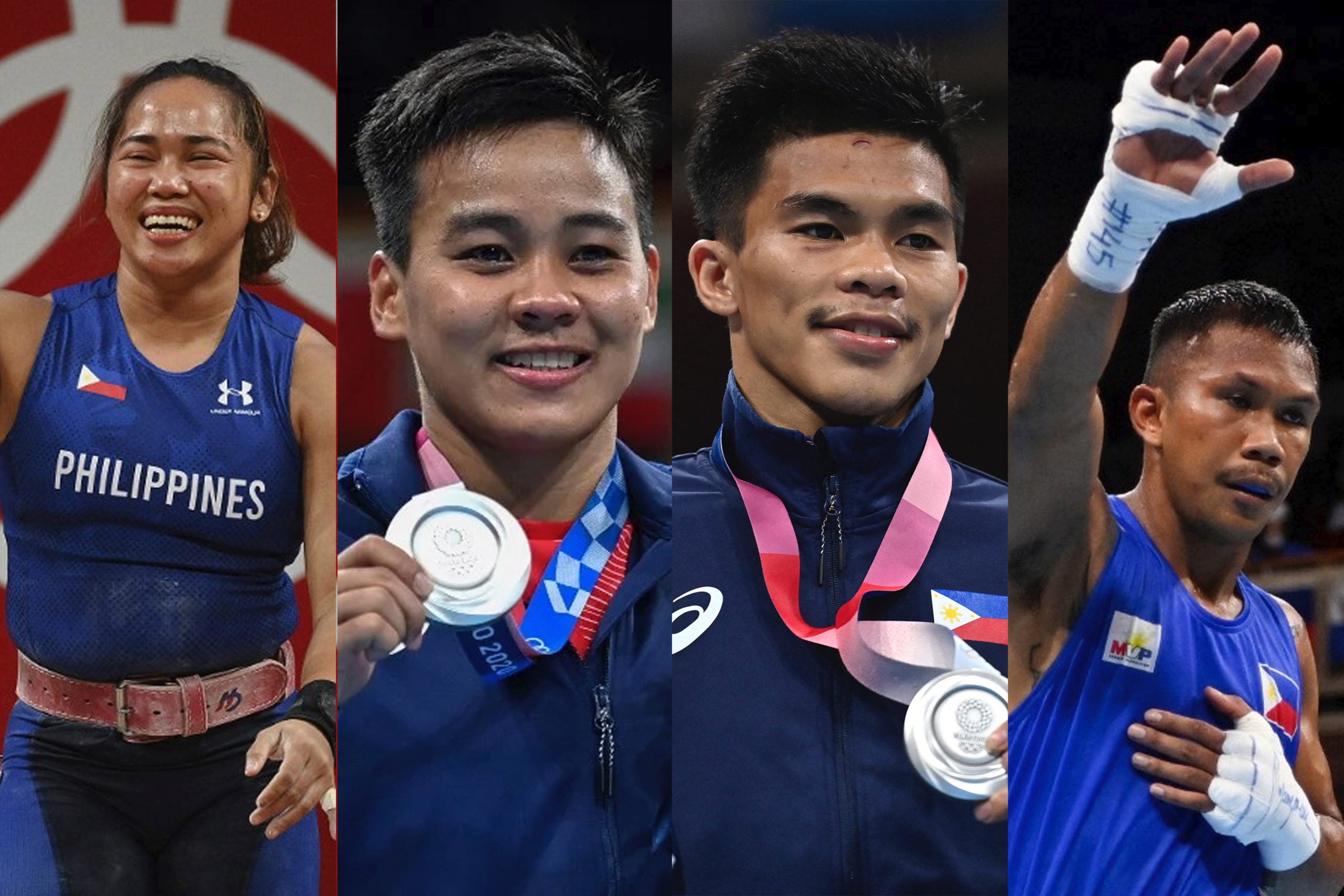 MANILA, Philippines–Servicemen-athletes Hidilyn Diaz of weightlifting and Nesthy Petecio, Carlo Paalam and Eumir Marcial of boxing have been summoned to Malacañang by President Rodrigo Duterte, their commander in chief in the Armed Forces of the Philippines.

They won’t get those customary marching orders from the President as uniformed personnel though, but instead they will be received in a courtesy call on Aug. 23 to claim their cash incentives from the government for winning medals in a historic Philippine campaign during the recent Tokyo Olympics.

Based on Republic Act 10699 or the expanded Athletes and Coaches Benefits and Incentives Act, Diaz will increase her wealth by P10 million for seizing the country’s first Olympic gold medal. Silver-medal performers Petecio and Paalam will be richer by P5 million each and Marcial by P2.5 million for his bronze output.

“It is not an everyday occurrence that we receive such an honor from the citizens of the Republic of the Philippines. You went to Tokyo to fight, and I’d say you did your best,’’ Duterte told them when they arrived from the Japanese capital.

Besides the bonuses under the law, the Office of the President pledged to compensate for their efforts with an additional P3 million for Diaz, P2 million each for Petecio and Paalam and another million for Marcial. Hidilyn Diaz arrives in Manila after her gold medal conquest in the Tokyo Olympics. PSC PHOTO

Diaz, who was reportedly promoted recently as staff sergeant in the Philippine Air Force, also got an extra P5-million bonus from the Philippine Sports Commission for setting the Olympic records in the clean and jerk and total events of the women’s 55kg category, hiking her earnings from the government to at least P18 million.

Petecio, serving in the Philippine Coast Guard, clinched the silver medal in the women’s featherweight division while the Navyman Paalam likewise snared a silver in the men’s flyweight. Marcial, an Airman first class in the PAF, placed third in the men’s middleweight.

The four medalists, who propelled the nation to its best performance in the Games since participating in the global meet 97 years ago, will bring along their coaches to Malacañang, all of whom are entitled to receive cash incentives worth 50 percent of the bonuses of their athletes from the government under RA 10699.

The event will be limited to the invitees in consideration of the prevailing quarantine restrictions.