Mbappe on target as PSG wins without Messi and Neymar 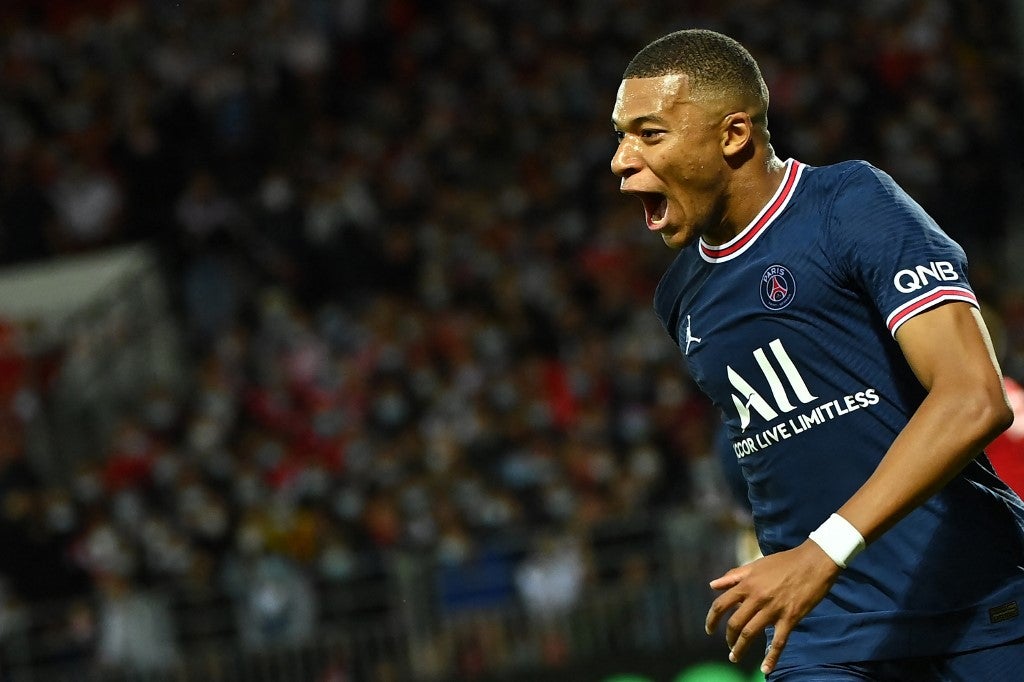 Kylian Mbappe and Angel di Maria were both among the scorers as a Paris Saint-Germain side missing both Lionel Messi and Neymar won 4-2 away at Brest on Friday to make it three wins out of three this season in Ligue 1.

Ander Herrera and Idrissa Gana Gueye also found the net as PSG moved ominously on to nine points from a possible nine and clear at the top of the fledgling French table with a second consecutive 4-2 victory.

The full house of 15,000 in Brittany was denied the chance to see Messi make his PSG debut after the Argentine was left out of the squad as he continues to build up his fitness.

Neymar, who like Messi returned to training late after going all the way to the final of the Copa America last month, was also left out but PSG once again showed that they have little trouble finding the net and winning without the two superstars.

However, once again their defending left a lot to be desired and will have given coach Mauricio Pochettino food for thought with a number of players still waiting on the sidelines.

“I prefer to win, but if I could choose a result I would prefer to win without conceding a goal,” Pochettino said.

“We have lots of star names but we need to build a team, that is the challenge.

“It won’t be easy because we need to find a balance among all the talented players we have. It will take time.”

Donnarumma on the bench

Italy’s Euro 2020 goalkeeping hero Gianluigi Donnarumma appeared in the squad for the first time since arriving from AC Milan but was left on the bench as Keylor Navas started in goal.

Donnarumma’s fellow European champion, Marco Verratti, did play for the first time this season in midfield but skipper Marquinhos was still missing.

Mbappe has dominated headlines in Paris as speculation surrounds the future of the World Cup winner, who is out of contract at the end of the campaign and is wanted by Real Madrid.

However he set up a total of four goals in the opening league wins against Troyes and Strasbourg, and once again Mbappe played a central role in the rudimentary surroundings of the Stade Francis-Le Ble.

PSG went ahead midway through the first half when Mbappe’s clipped cross was cleared out to the edge of the area where Herrera met the ball on the volley and the Spaniard’s shot found the bottom corner.

Mbappe made it 2-0 in the 36th minute, arriving to head in his first goal of the season after Georginio Wijnaldum’s shot had been blocked.

Brest got one back just before the break when Franck Honorat finished first-time after a fine back-heel lay-off by Romain Faivre.

Nevertheless, Gueye appeared to put the game to bed when he made it 3-1 in the 73rd minute with a piledriver from 35 meters which Brest’s Dutch international goalkeeper Marco Bizot could only help on its way.

Yet Brest pulled another one back five minutes from time through Steve Mounie and PSG were actually in danger of conceding an equalizer until the 90th minute when Di Maria broke downfield and played a one-two with Achraf Hakimi before scoring with a delightful lob.

Di Maria had come on for Mbappe late on for his first appearance of the campaign and his goal was reminiscent of his winner for Argentina in the Copa America final against Brazil last month.

Saturday in Ligue 1 sees Monaco host Lens in between the two legs of their Champions League play-off against Shakhtar Donetsk, before defending champions Lille visit Saint-Etienne.