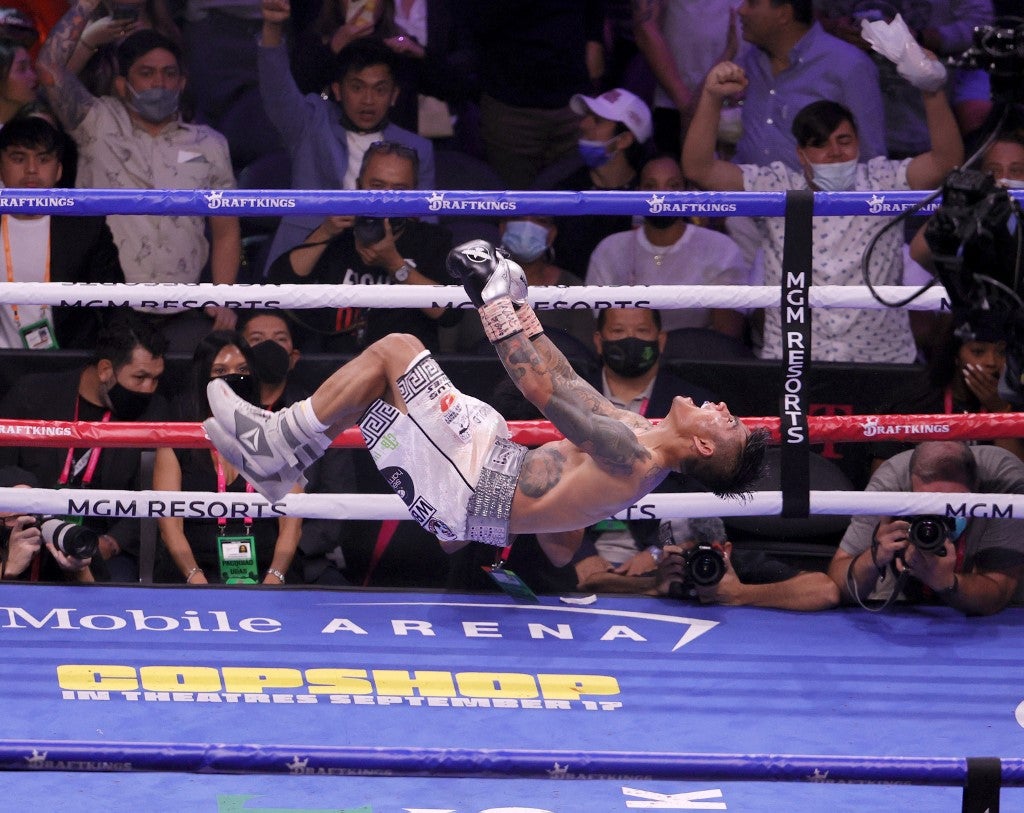 LAS VEGAS, NEVADA – AUGUST 21: Mark Magsayo does a backflip in the ring after knocking out Julio Ceja in the 10th round of their welterweight bout at T-Mobile Arena on August 21, 2021 in Las Vegas, Nevada. Ethan Miller/Getty Images/AFP (Photo by Ethan Miller / GETTY IMAGES NORTH AMERICA / Getty Images via AFP)

MANILA, Philippines — Down on the scorecards and appeared to be on the brink of defeat, Mark Magsayo found his second wind and knocked out Julio Ceja 50 seconds into the 10th round of their WBC featherweight title eliminator Sunday (Manila time) at T-Mobile Arena in Las Vegas.

The 26-year-old from Bohol was quick to fire in the match landing a stinging left hook that sent Ceja to the canvas in the first round.

Ceja, however, composed himself and dominated the succeeding rounds. He even knocked Magsayo down in the fifth with his own left hook.

With Magsayo gassed, Ceja continued to work the body to put Magsayo in all sorts of trouble.

The 10th round eventually saw Magsayo (23-0 16 KOs) get his second wind with the undefeated Filipino sending a flurry at the start of the period before knocking out the Mexican power puncher.