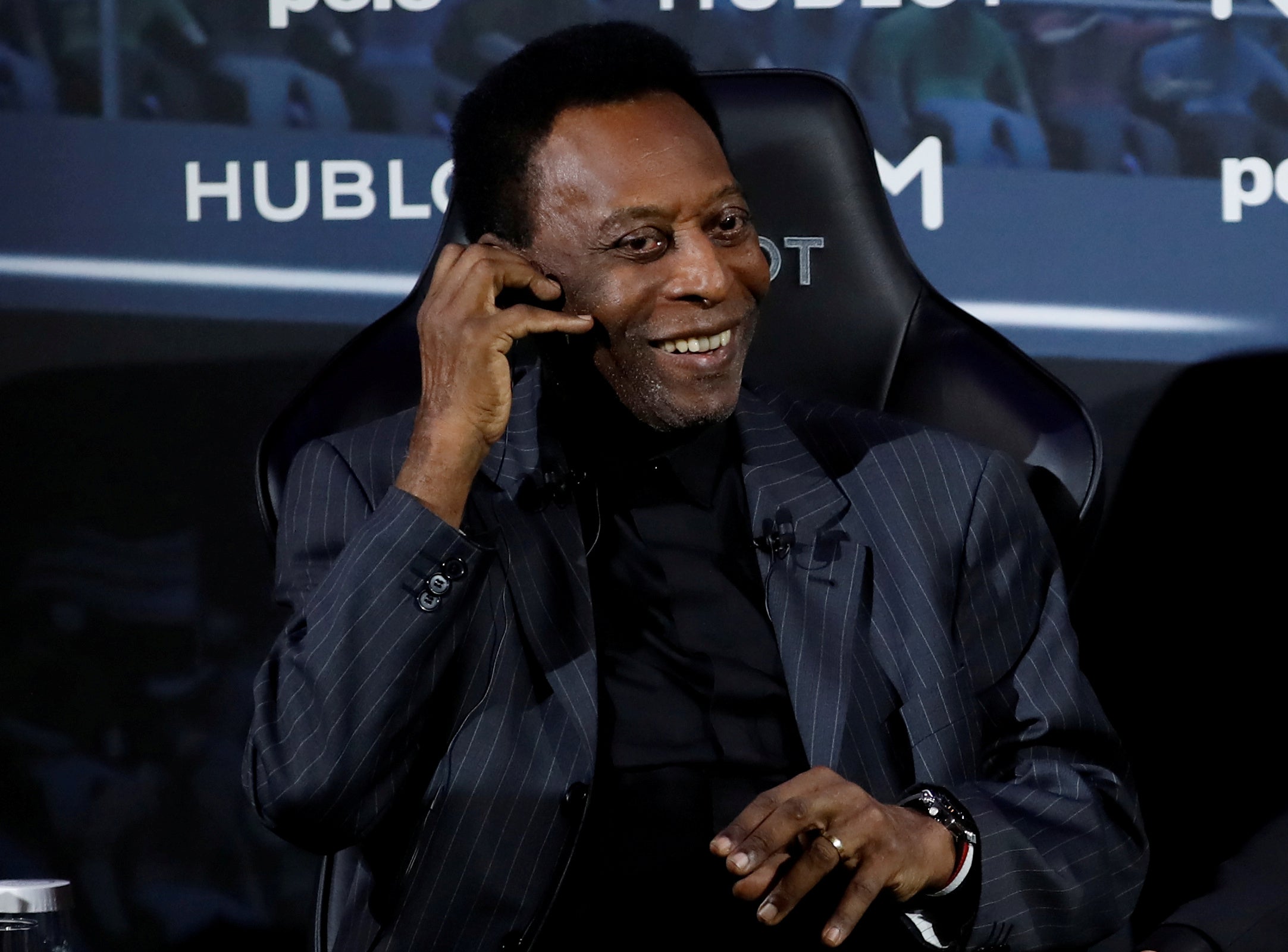 Those items, plus others from Cristiano Ronaldo and Kylian Mbappe, are among 229 that will be up for sale next month at an auction organized by Pele for the foundation he created in 2018 to help underprivileged children.

The Brazilian, the only player to claim three World Cup winner’s medals and a man often called the greatest footballer of all time, said all monies raised will help Brazil’s fight against and recovery from the COVID-19 pandemic.

So far 575,000 people have died in Brazil from COVID-19, the second-highest death toll in the world after the United States.

“Pele is such a legend, he’s an icon and other sports stars look up to Pele,” Martin Nolan, Executive Director and CFO of Beverly Hills-based Julien’s Auctions, told Reuters.

“Because he was at home in his bubble he had the time to focus on this project.”

Pele has provided some of his own items for the Sept. 22 auction but he has also called in favors from friends in the sport and entertainment worlds.

There are Brazil, Santos and New York Cosmos jerseys and photos autographed by the 80-year-old Pele, and others signed by ex-Brazil teammates such as Rivellino, Jairzinho and Clodoaldo.

Mario Zagallo, the coach of the revered 1970 Brazil World Cup-winning side, who turned 90 earlier this month, also contributed as did Neymar, Roberto Baggio and Roger Milla.

World Cup winner Franz Beckenbauer signed a number of photographs from his New York Cosmos and West Germany days; there’s a match ball from the 2015 Champions League final; and shirts and equipment used in basketball, American football, field hockey and water polo are also up for grabs.

One of the items expected to fetch a high price is a gold-plated bronze cast of Pele’s foot made by celebrity sculptor Dante Mortet.

“Anything from Pele people will want, but you mention Ronaldo, you mention Mbappe, those icons will be sought after,” said Nolan of the Portugal and France forwards.

“But because it is a charity auction people always show up, they are always extremely generous and they pay more than in a normal auction because they know it is going to a good cause.”

This is not the first auction organized by Pele. In 2016 he auctioned more than 1600 items from a collection he accumulated over six decades in the limelight and raised 3.6 million pounds ($4.90 million).

This latest auction will take place at the Mall Galleries in London and is also open to online bidders.

Messi passes Pele as top scorer for a single club