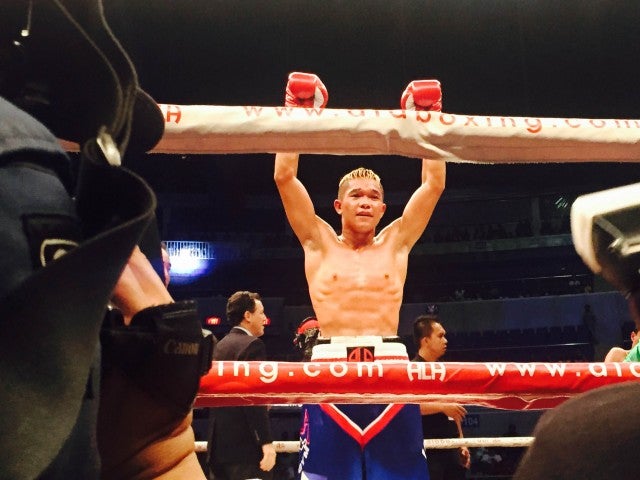 CEBU CITY, Philippines — Police here confirmed reports that they arrested a professional boxer who was accused of molesting and raping a minor.

Albert “Prince” Pagara, the Leyte-born boxer, was arrested on Wednesday evening 1 in Sitio Terra Dulce, Barangay Inayawan, Cebu City where he was residing with his live-in partner, police reports showed.

Police Major Jose Angelo Acupinpin, chief of Pardo Police Station, said relatives of the victim claimed the incident happened around 4 p.m. on Wednesday and reported it to the barangay tanods (village watchmen) who would later make the arrest against the athlete.

Acupinpin said Pagara did not resist arrest, but he denied the accusations hurled against him.

“Last night in his statement and in his narration of events, he denied [the allegations]…He, however, did not resist arrest,” Acupinpin said in Cebuano in a teleconference on Thursday.

In the meantime, police said they would be filing cases of rape against Pagara, who is currently under their custody.

“That is the request and complaint of the parents so we will file them. To include in our filing are the medical and physical examination result of the victim, and her and her guardian’s statement,” explained Acupinpin.

Pagara, 27, is a professional boxer in the super bantamweight class.

He started his career by participating in Palarong Pambansa competitions when he was a teenager.

Pagara was only 17 years old when he participated in his first professional boxing match. Later on, he would represent the Philippines in various fights in the international arena.

He won 33 out of the 34 matches. In 2016, he lost his title as the World Boxing Organization (WBO) Inter-Continental super bantamweight to Mexican boxer Cesar Juarez.

Pagara brothers to get hero’s welcome

Albert Pagara off to California for make-or-break tiff