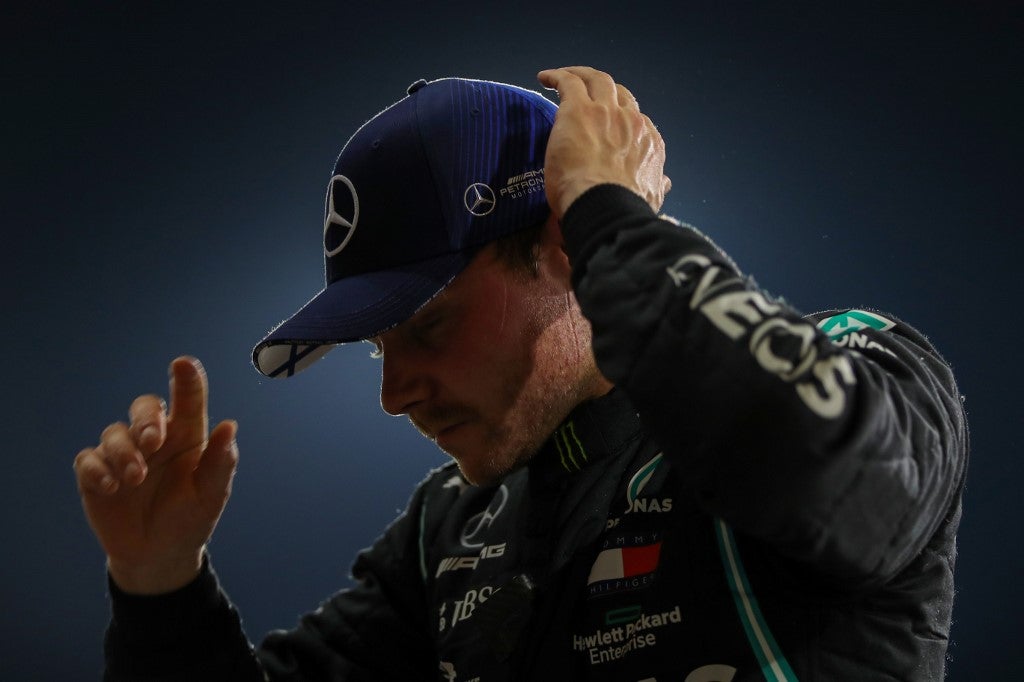 FILE – Mercedes’ Finnish driver Valtteri Bottas adjusts his cap after the qualifying session ahead of the Sakhir Formula One Grand Prix at the Bahrain International Circuit in the city of Sakhir on December 5, 2020. – Valtteri Bottas claimed pole position for Sunday’s Sakhir Grand Prix, edging out Mercedes teammate George Russell in qualifying on Saturday in the absence of Lewis Hamilton. (Photo by TOLGA BOZOGLU / POOL / AFP)

Valtteri Bottas has signed a multi-year deal with Alfa Romeo starting next season, the Formula One team announced Monday, paving the way for George Russell to join Lewis Hamilton at Mercedes.

“A new chapter in my racing career is opening: I’m excited to join Alfa Romeo Racing for 2022 and beyond for what is going to be a new challenge with an iconic manufacturer,” Bottas said in a statement.

The 32-year-old Bottas has spent the past five seasons alongside seven-time world champion Hamilton at Mercedes, winning nine Grands Prix and claiming 17 pole positions in 92 starts with the team.

He also finished second twice in the world championship. His last win came at the Russian Grand Prix in September 2020.

Bottas will replace Finnish compatriot Kimi Raikkonen at Alfa Romeo, with the 2007 world champion retiring from the sport at the end of the campaign.

“The potential of the setup in Hinwil is clear and I am relishing the opportunity to help lead the team forward up the grid,” said Bottas.

“Especially with the new regulations in 2022 giving the team a chance to make a leap in performance.”

Russell, 23, has spent three seasons at Williams, and impressed in a one-off appearance for Mercedes at last year’s Sakhir Grand Prix as a stand-in for Hamilton after he tested positive for COVID-19.

Bottas denies anything decided about his Mercedes future