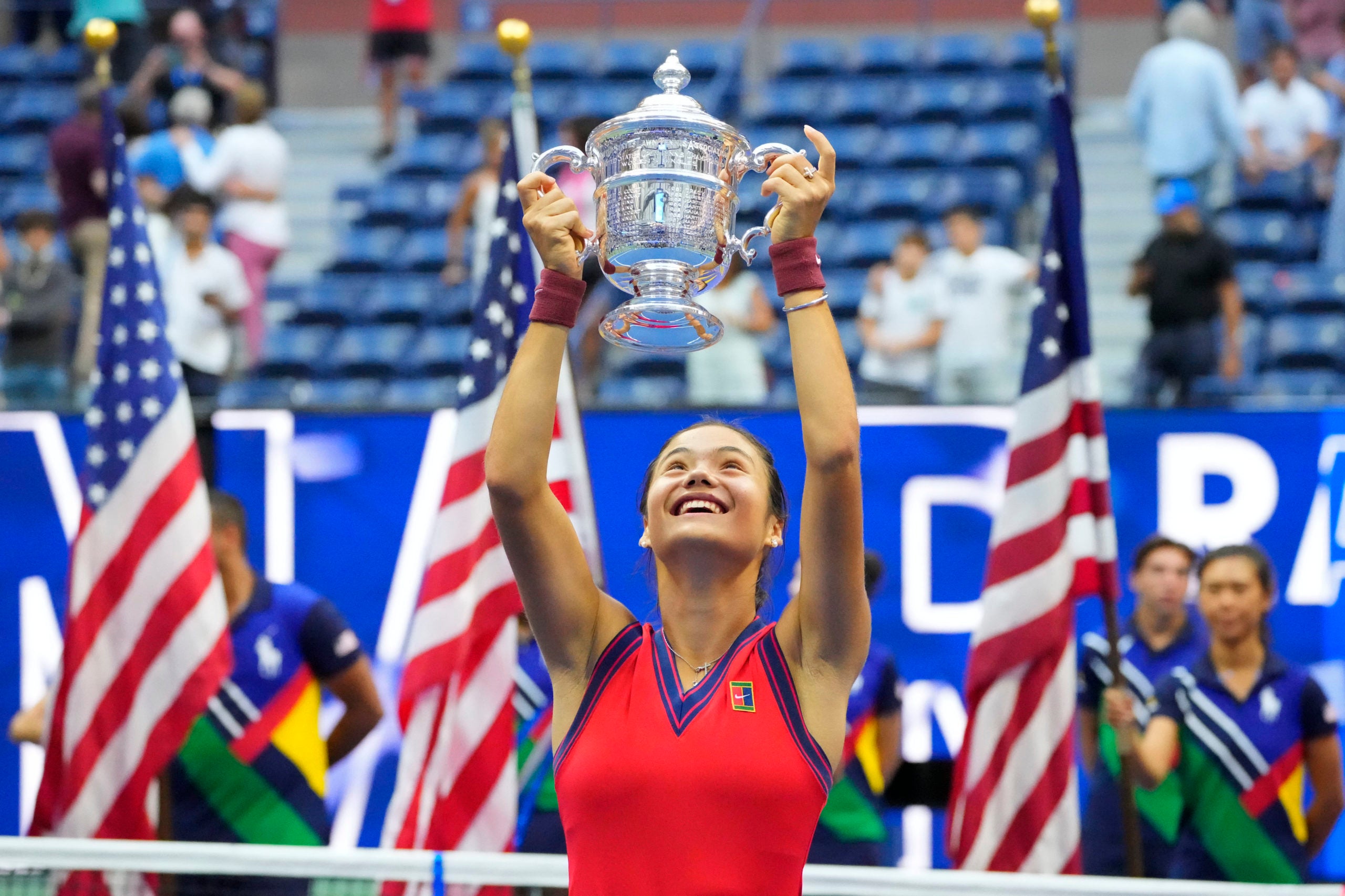 NEW YORK – Britain’s royal family saluted the new queen of tennis, Emma Raducanu, on Saturday after she completed her fairytale run from the qualifying rounds to win the US Open.

The 18-year-old defeated Canadian Leylah Fernandez to become the first qualifier to win a Grand Slam title and the first British woman to hoist a major trophy since Virginia Wade triumphed at Wimbledon in 1977. “It is a remarkable achievement at such a young age, and is testament to your hard work and dedication,” Queen Elizabeth wrote in a message to Raducanu. “I have no doubt your outstanding performance, and that of your opponent Leylah Fernandez, will inspire the next generation of tennis players.

“I send my warmest good wishes to you and your many supporters.”

'I have no doubt your outstanding performance, and that of your opponent Leylah Fernandez, will inspire the next generation of tennis players.'

Raducanu did not drop a set since arriving at Flushing Meadows and won over the rowdy crowds at the Billie Jean King National Tennis Center as she swatted aside more experienced opponents with the same ease as she hammered winners.

With Wade looking on at Arthur Ashe Stadium, she became the first British singles champion since Andy Murray, after reaching the fourth round of Wimbledon in her Grand Slam debut earlier this year.

“Huge congratulations @EmmaRaducanu on your stunning performances and historic Grand Slam victory! Incredible –we are all so proud of you,” Prince William and his wife Catherine, the Duke and Duchess of Cambridge, posted on Twitter, as celebration erupted across Britain.

Huge congratulations @EmmaRaducanu on your stunning performances and historic Grand Slam victory! Incredible –we are all so proud of you. @LeylahFernandez well done on your amazing achievements at this year’s #USOpen, it’s been a pleasure to watch. C

— The Duke and Duchess of Cambridge (@KensingtonRoyal) September 11, 2021

Heir-to-the-throne Prince Charles and his wife Camilla offered their praise as well: “Congratulations to @EmmaRaducanu on your #USOpen win – what a fantastic achievement! We are all so proud.”

In a New York minute, everything changed for US Open champ Raducanu