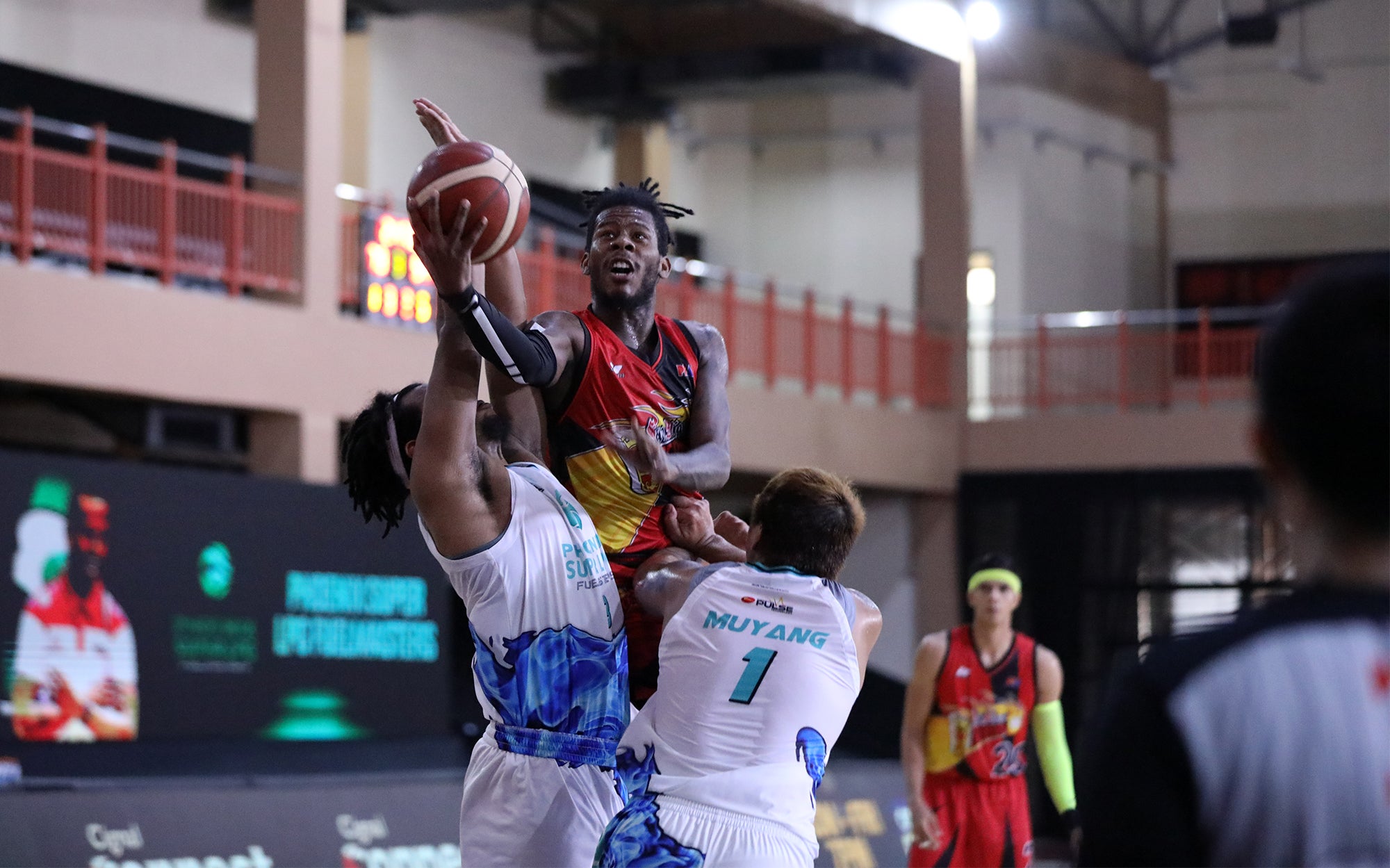 They are two players linked by the similarity of their games. On Friday, both came up with huge performances to push their new teams into a footrace for a twice-to-beat playoff incentive in the PBA Philippine Cup.

Calvin Abueva scored a last-gasp bucket to propel Magnolia to a 90-89 victory over Northport at Don Honorio Ventura State U in Bacolor, Pampanga, where the Hotshots climbed out of holes as deep as 17 points.

“We talked about what’s at stake in this game. This was our chance to go to the quarters, and a chance at taking the No. 2 spot,” coach Chito Victolero said shortly after the thriller.

That chance will run through San Miguel Beer and new acquisition CJ Perez, whose high-motor game has drawn comparisons to the indefatigable Abueva, so much so that the sophomore standout was once called “Baby Beast” in college, in reference to Abueva’s “The Beast” moniker.

On Friday, Perez had 24 points, five rebounds and four assists as the Beermen ripped apart Phoenix, 110-80, to also stay in contention for that twice-to-beat armor.

San Miguel and Magnolia will clash in a key duel on Sunday that would play heavily in the race for the No. 2 squad behind league-leading TNT. Meralco, which battles lowly Blackwater on Saturday, is also in contention for the playoff bonus.

“It will still depend on the outcome of the other games,” said SMB coach Leo Austria. “We just have to do our best.”

The Beermen were at their best against the Fuel Masters, allowing them to rebound from a tough 95-93 defeat to Rain or Shine last Sunday.

“I told them that we had to bounce back. And we saw that this afternoon. Though I wasn’t expecting this outcome. But of course, credit to the guys—especially this guy,” said Austria, pointing to Perez.

Perez, a star at Terrafirma last year before being shipped to San Miguel, returned the compliment: “It’s all thanks to the trust given to me by coach and his staff. And the veterans, too, for pushing me to play my game.”

Perez’s performance allowed the Beermen to buck the absence of Terrence Romeo, who left the game in the first quarter because of a foot injury. Romeo’s status beyond Friday’s game is yet unknown.

“We’re still assessing the extent of his injury,” Austria said of Romeo. “It would be tough for us if he’s [severely] injured, because we all know how Terrence is. Before this game, he’s one of the league’s top scorers.”

The Beermen were loaded enough to make up for the scoring vacuum left by Romeo’s injury. Mo Tautuaa, who came off the bench like Perez, scored 19 points to help San Miguel to its sixth win in nine outings. June Mar Fajardo and Arwind Santos finished with 18 and 16 points, respectively, with Fajardo adding 11 rebounds.

Phoenix, which trailed by as many as 37 points, dropped to 4-7 and needs fate to dip its hand into the race to make it to the playoffs.

San Miguel, which led by as many as 37 points, will need the same multipronged attack against Magnolia, which currently totes a 7-3 record.

The Hotshots nearly faltered against the Batang Pier until Abueva came to the rescue.Down by a hairline with 3.9 left on the clock, Abueva scored over the outstretched arms of the much taller Kevin Ferrer for the crucial triumph.

“We really challenged ourselves to get this win,” said Victolero, who built a bit of a momentum going into the crucial clash with the Beermen.

“We’ll just try to think of what we can control,” the Hotshots mentor said. “And what’s within our control is that game on Sunday. Whatever happens next, at least we’re through the quarters. That will do for now.”

Ian Sangalang led Magnolia with 26 points, including a layup with 39 ticks left that put Magnolia ahead, 88-87.

Ferrer then scored in the next sequence—his only make throughout the game—to put NorthPort ahead.

Greg Slaughter turned in 21 points to lead NorthPort in Pido Jarencio’s return from COVID-19 recovery, but it was not enough to sustain the team’s fine form which swept three opponents last week.

The Batang Pier dropped to 4-5.