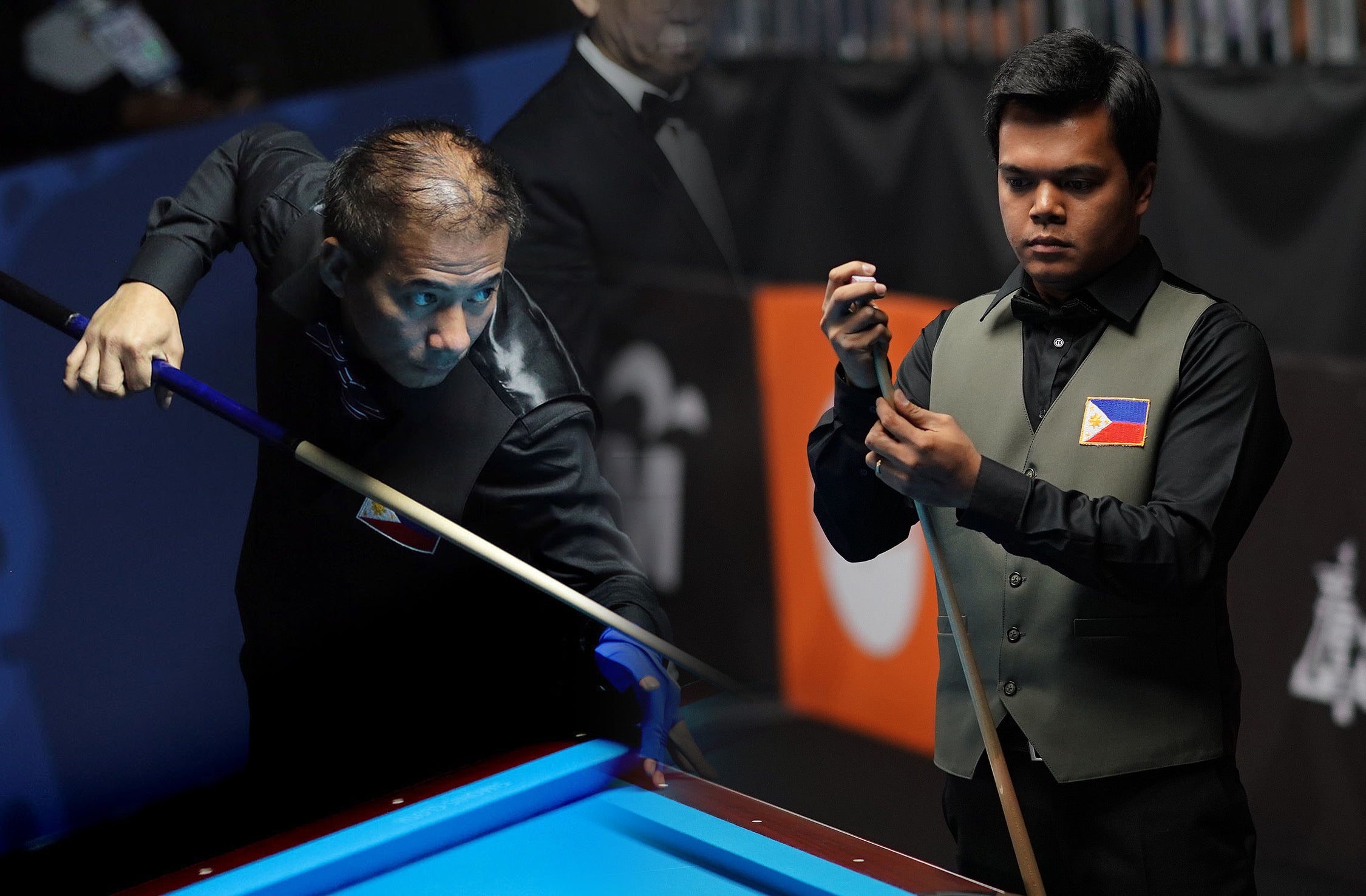 Dennis Orcollo and Carlo Biado are on course for a All-Filipino final in the US Open 9-ball. FILE PHOTOS

MANILA, Philippines—Dennis Orcollo and Carlo Biado are one win away from arranging an all-Filipino title showdown at the US Open Pool Championship at Harrah’s Resort Atlantic City, New Jersey.

Orcollo beat a pair of Austrians in Mario He in the round of 16 and Max Lechner in the quarterfinal round to make the semifinals, 11-6, 11-7, respectively.

Biado, meanwhile, had to go through the gauntlet for a semis slot.

🇵🇭 These boys can play.

Half of the remaining field is Filipino! What a hotbed of talent they possess.#USOpenPool 🇺🇸 pic.twitter.com/DsEU2j5sEH

The former world champion escaped Spain’s David Alcaide Bermudez, 11-10, in the round of 16 before overcoming compatriot Johann Chua, 11-10, in the quarters.

Orcollo had already been to the US Open finals twice in 2012 and 2014 but lost to Shane Van Boening on both occasions.

Biado shoots for a seat in the finals against Japan’s Naoyuki Oi, who is currently in the top 10 in the world.

The last time a Filipino ruled the US Open was back in 1994 courtesy of the legendary Efren “Bata” Reyes.