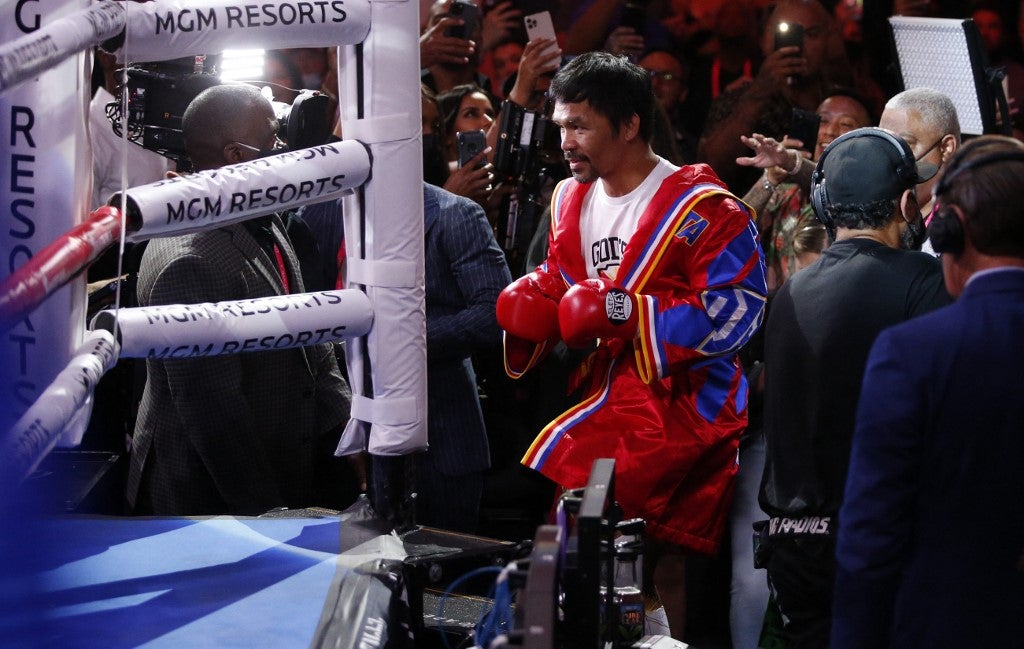 MANILA, Philippines—There is “nothing official” about Manny Pacquiao’s retirement from boxing despite his recent pronouncement, according to MP Promotions president Sean Gibbons.

Pacquiao said his “boxing career is already over” when asked about his future in the ring if he becomes president in an interview with television personality Toni Gonzaga posted on the actress’ YouTube channel on Sunday.

“There is nothing 100% set that [Pacquiao] is done with boxing,” Gibbons told boxingscene.com. “He will make a decision in October. [For now], he is just discussing ‘maybe or maybe not.’ Nothing official,” Gibbons added.

Pacquiao, who declared his candidacy for president in the 2022 elections under PDP-Laban faction on Sunday, had long been pondering about retirement as far back as 2015 to focus on his political career.

In fact, he briefly retired after beating Tim Bradley in their third meeting back in April 2016 before making his return seven months later to dominate Jessie Vargas.

Last month, Pacquiao was upset by Yordenis Ugas in his first fight in 25 months. The stunning loss left Pacquiao, 42, with an uncertain boxing future.

Read Next
Stefanos Tsitsipas says will get COVID-19 jab ‘this year’
EDITORS' PICK
Marcos urges Filipinos to be like Bonifacio: honest, patriotic
Ref admits to cheating: How Manny Pacquiao snagged the win
The vivo Y16 makes the season of giving more thoughtful for the whole family
The Best Tech Gifts For The 2022 Holidays
18,529 out of 24,903 pass nursing board exam
House energy committee chair Arroyo bats for cheap electricity
MOST READ
Mel Tiangco on co-anchor Mike Enriquez’s condition, ‘rivalry’ with Korina Sanchez
LOOK: Vina Morales goes to Boracay with mystery man
LOOK: Arjo Atayde introduces Maine Mendoza to his Lola Rose
Marcos urges Filipinos to be like Bonifacio: honest, patriotic
Don't miss out on the latest news and information.