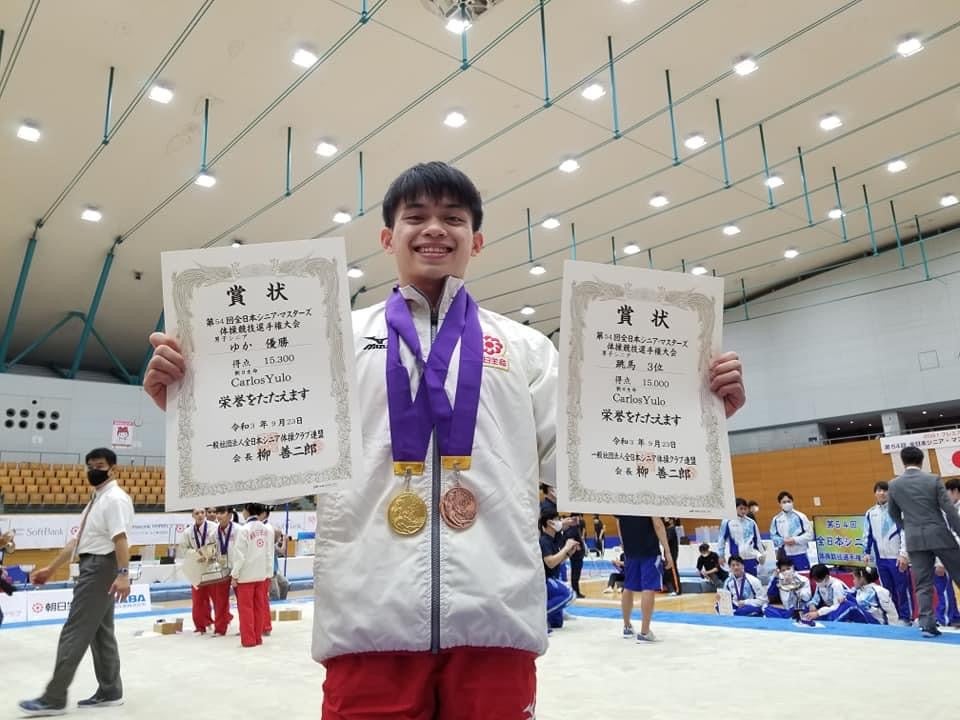 MANILA, Philippines—Carlos Yulo reaped two medals in his first event post-Tokyo Olympics, securing a gold and a bronze in the 2021 All Japan Senior and Masters Gymnastics Championships in Yamagata Thursday.

The 21-year-old gymnast captured the floor exercise title after tallying 15.300 points then settled for the bronze in the vault with a score of 15.000.

His coach Munehiro Kugimiya described Yulo’s triumph in the All Japan competition as the student’s redemption arc following his subpar performance in the Olympics.

Yulo, the reigning world champion in floor exercise, finished 41st in the discipline in the Summer Games. He got to the medal round of the vault but narrowly missed out on a podium with fourth-place finish.

He will defend his world title in the 2021 World Artistic Gymnastics Championships in Kitakyushu, Japan, a month from now.