Lito Adiwang not satisfied with decision win over Hexigetu 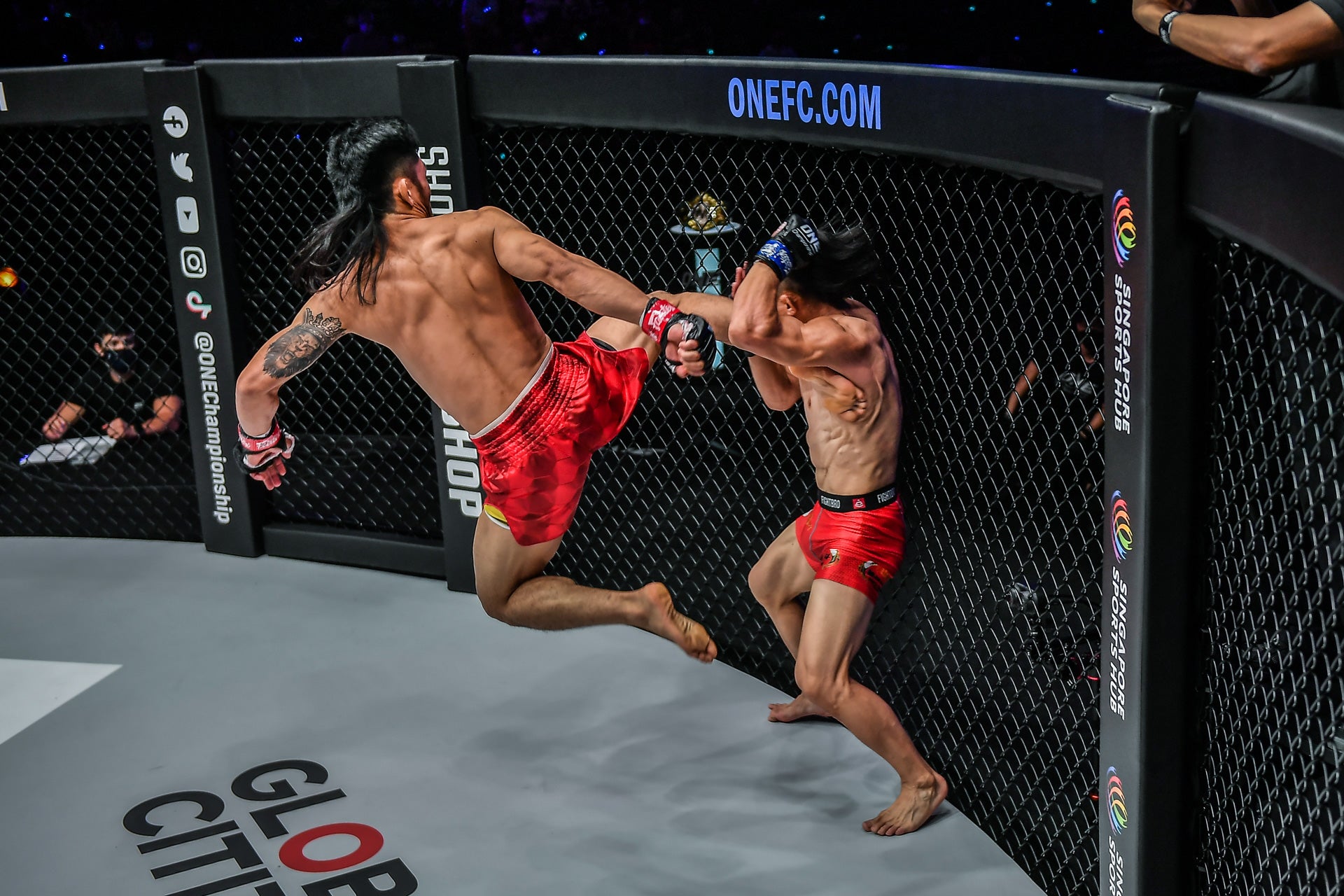 MANILA, Philippines—Lito Adiwang may have scored a unanimous decision win over Hexigetu in his first fight in eight months but the victory left a bit of sour taste in his mouth.

The hard-hitting strawweight admitted he was a bit frustrated not to get the highlight reel knockout against Hexigetu in their bout in ONE: Revolution at Singapore Indoor Stadium Friday.

Adiwang (13-3) always had a penchant for stopping his opponents, he has seven KO/TKOs and four submissions, but Getu utilized the size of the cage to create as much distance as possible.

That distance prevented Adiwang from throwing his usual strikes and Hexigetu’s three low blows also hampered the fight’s momentum, if there was ever one.

The most damage Adiwang did were two flying knees in the first round as it became evident that Hexigetu was intent on using the cage’s size to its utmost extent.

Adiwang then relied on body kicks to subdue Hexigetu, who saw his purse get docked 20 percent after the three illegal strikes.

“I got a one shot in the first round because I knew he was gonna shoot and I delivered that flying knee but it did not connect well,” said Adiwang.

The Team Lakay rising star added that the low blows also threw him off his game as the fight was repeatedly stopped to allow the Mongolian to recover.

“I’m quite frustrated with the three low blow strikes and it got me off my game because we need to restart again and it’s different when you’re out there because you try to build the timing to explode,” said Adiwang.

“The three low blows got me distracted so I’m quite disappointed with that looking back I know I can do better than that.”