Gilas women lose by 64 to Australia in Fiba Asia Cup 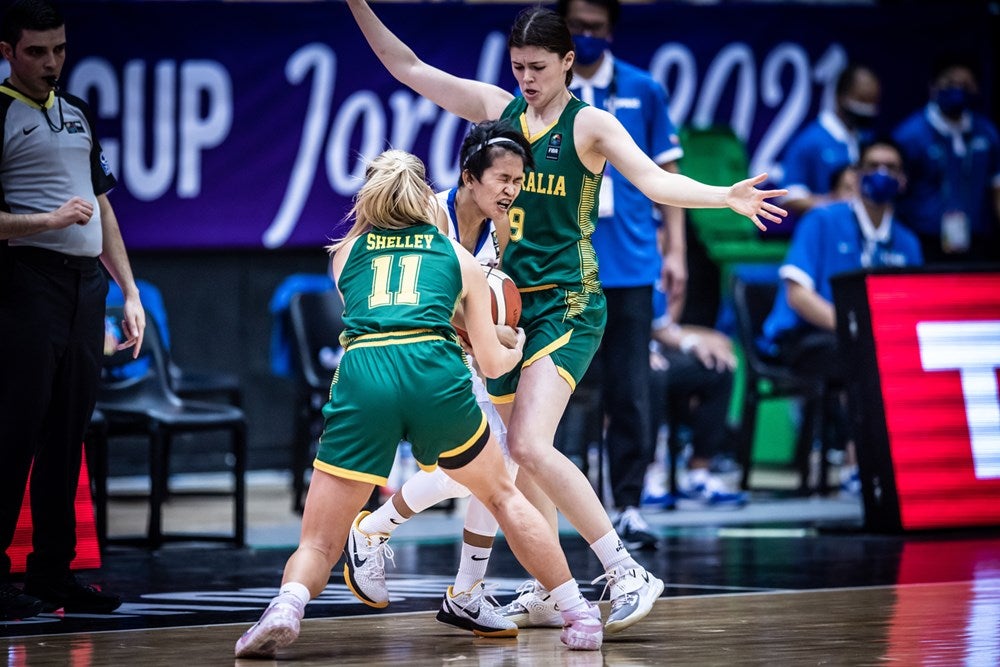 Janine Pontejos gets smothered by two defenders during the Philippines’ game against Australia in the 2021 Fiba Women’s Asia Cup in Amman, Jordan. Australia won, 120-56. Photo from Fiba.com

Gilas Pilipinas women gave up the first 11 points of the game and never recovered as the Opals, who have WNBA players in their roster, cruised to a 2-0 record.

“It’s really hard. It’s tough. It’s a tough group we’re in, and I think being the smallest among the group, and having a game with those more experienced players than us, we tried to get there,” said Philippine team head coach Pat Aquino.

“We try to improve every day, every game and we hope that we could be competitive in the future.”

Afril Bernardino, who was the only Filipino to hit double digits with 17 points in a 91-point whipping at the hands of China on Wednesday, was limited to just eight points.

Gilas showed a much better effort especially on the defensive end but Australia’s size advantage and firepower were just too much to overcome especially with Jack Animan unable to join the Philippines in the tournament.

Gilas (0-2) wraps up their preliminary round campaign against Chinese Taipei (0-2) on Thursday, 12 a.m., with the winner advancing to the next round.

“Having the girls play and getting experience with those tough teams that we played, we’d like to move on and adjust and probably just compete. It’s the main purpose here—is to compete. I think with those two tough games that we had, we’ll have another day of competing,” Aquino said.