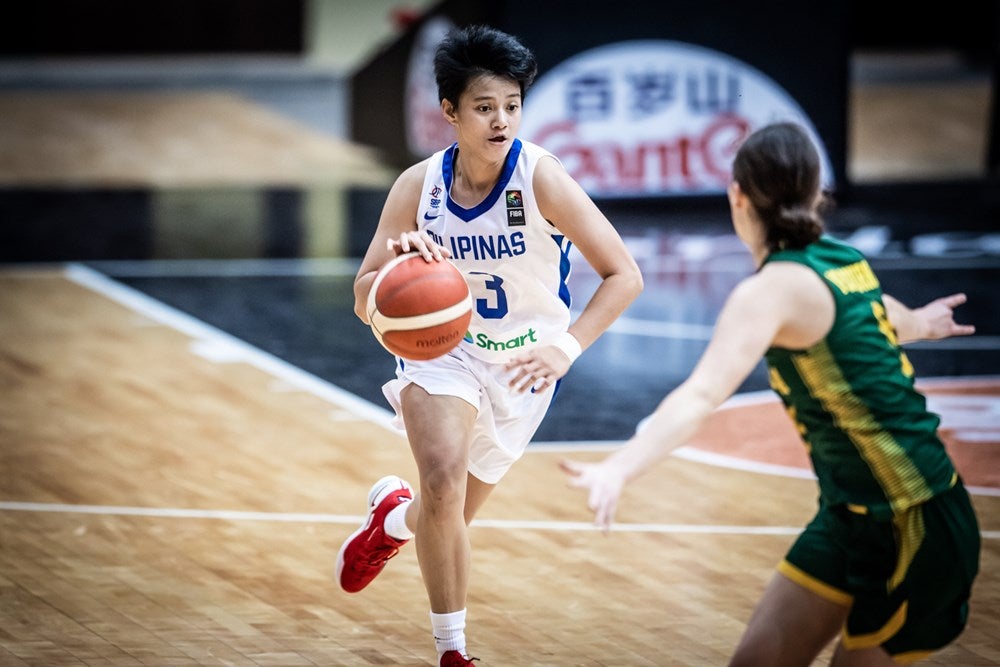 Goriss heaped praise at Gilas especially its style of play.

“Watching obviously last night and against up close today, I think Philippines are a great team and they never give up. I think their fitness, how they play their style, they’re quick. How they play the game is really good,” Goriss said after his team cruised to a 120-56 win over the Philippines on Wednesday.

“They spread the floor, they attack you, they run multiple dribble handoffs and It’s hard to guard because they’re constantly on the move.”

Gilas’ lack of size, however, was too much of a disadvantage against a big team like the Opals, who have plenty of firepower as well.

That was also the case against China, which beat the Philippines by 91 points.

“Obviously, I think the big point that everyone would know is they just need some size which you can’t just rub on a tree somewhere in the Philippines. I think that’s just their Achilles’ heel,” Goriss said.

Gilas, which is badly missing the services of its 6-foot-5 star center Jack Animam, has been getting dominated in the rebounding department and points in the paint. Animam is currently in Serbia, where she is playing professionally.

Australia had 68 rebounds including 27 on the offensive glass, two more than Gilas’ 25 total boards. The Aussies also scored 44 points in the shaded area as compared to the Filipinos’ 18.

Still, Goriss found Gilas’ effort up to the final buzzer commendable despite the team’s glaring disadvantages.

“I think their center did a great job but and battled hard but you know, she hasn’t got much help. But, you know, they play their asses off. I think it’s a testament today.”