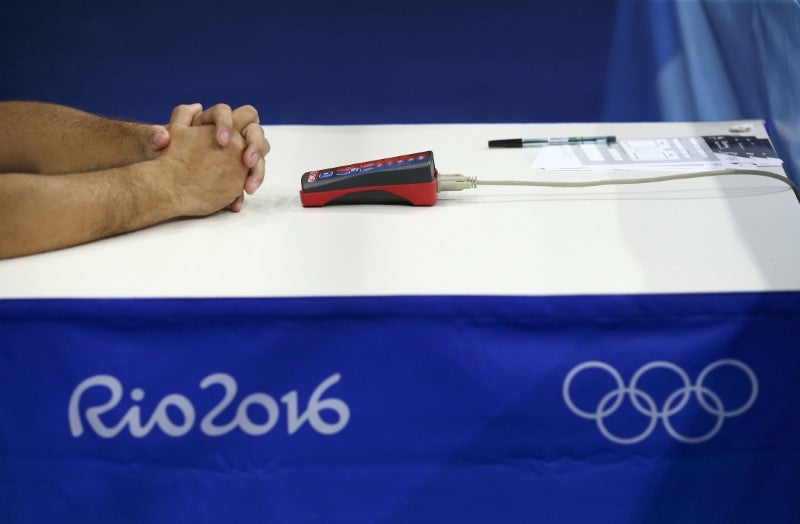 FILE– The hands of an official are seen during the bout in the Rio Olympics. REUTERS/Peter Cziborra

A bout manipulation system existed in boxing at the 2016 Rio Olympics, Richard McLaren, the head of the independent investigation commissioned by the sport’s world governing AIBA, said in his report on Thursday.

McLaren said the first stage of the investigation looked into the refereeing and judging at Rio where controversial decisions in certain bouts made the headlines.

“The seeds of this were sown years before, starting from at least the Olympic Games of the 21st century through the events around 2011 and London 2012,” McLaren told a news conference in Lausanne.

“The qualifying competitions along the route to participation in Rio in 2016 were the practice ground for the corruption and manipulation of bouts at Rio.

“At the Olympic qualifiers, the manipulation methodology was fine tuned in anticipation of use in Rio.”

McLaren said the manipulation structure was made possible not because of a lack of internal checks and balances but because key personnel decided the rules did not apply to them.

He added that AIBA’s then president Wu Ching-kuo “bears ultimate responsibility for the failures of officiating at Rio and the qualifying events” and that he was supported by his Executive Director Karim Bouzidi in Rio.

“For example, the Executive Director seized powers belonging to the permanent Commissions. The Commissions would let this happen as did the President,” McLaren said.

“Once having acquired the power, he (Bouzidi) would oversee the appointment of referees and judges (R&Js) that knew what was going on but would comply with the manipulation or who were incompetent but wanted to continue as an R&J so were willing to comply or turn a blind eye to what was going on.”

McLaren added: “Bouts were manipulated for money, perceived benefit of AIBA, or to thank National Federations and their Olympic committees, and, on occasion, hosts of competitions for their financial support and political backing.

“Boxing has a problem, it’s not about the rules and processes. It’s a people problem. For too long people have worked outside the rules.”