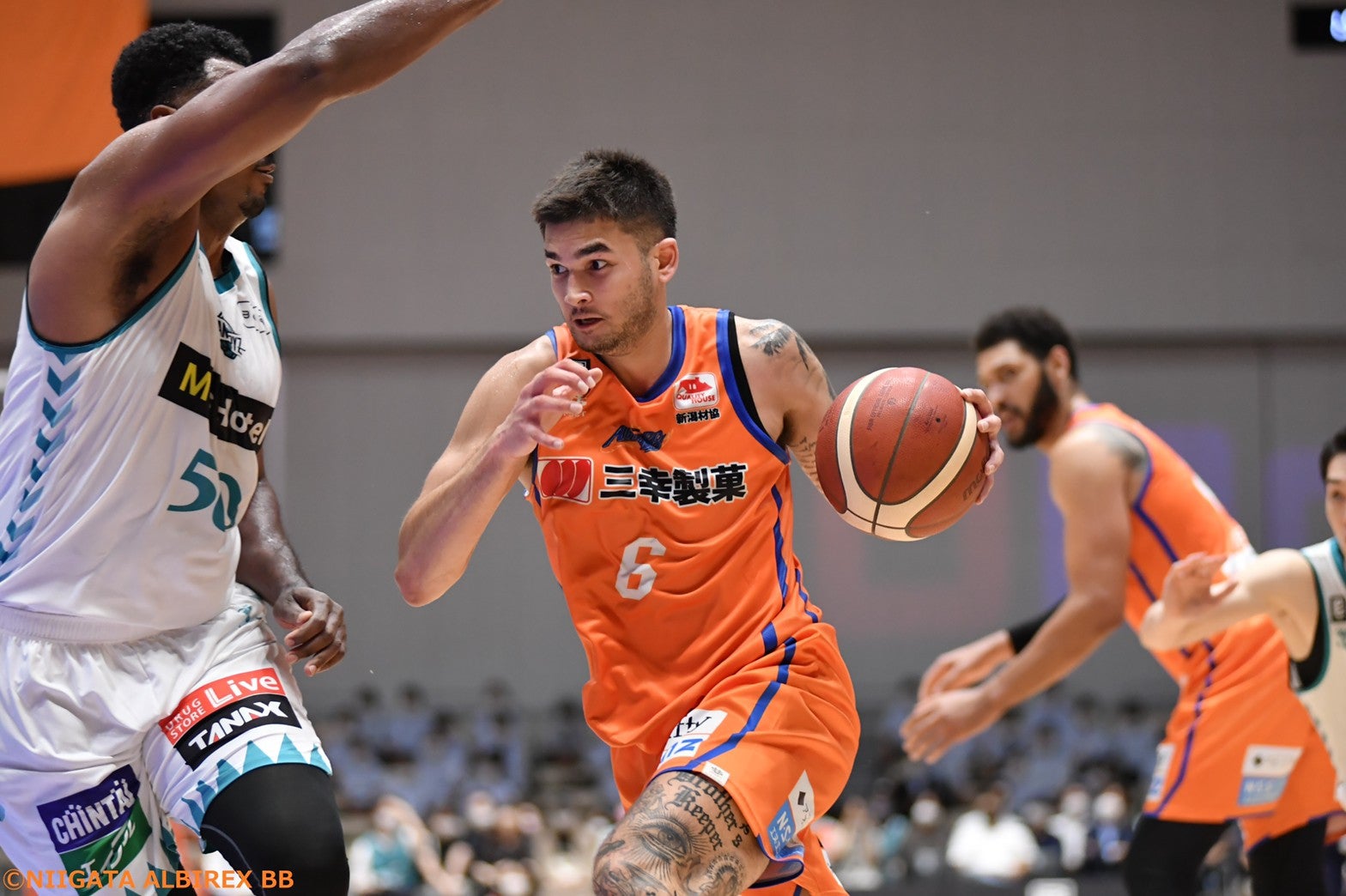 MANILA, Philippines—Kobe Paras was far from satisfied with his performance despite having an impressive debut for Niigata in the Japan B.League on Saturday.

Playing in his first game as a professional, Paras showed he belonged with the big boys with 25 points in over 33 minutes of action.

The former University of the Philippines standout, however, felt he could’ve done more to help the Albirex BB, who lost to the Kyoto Hannaryz, 85-81.

“I honestly wanted to play a little harder,” the 6-foot-6 Filipino forward said in an interview posted in Japanese on the team’s website.

“It is still the first game, so I want to learn a lot from here. I don’t think I did well as an individual, and there were times when I was shot in the latter half, so I would like to try to play for the team a little more.”

Still, Paras showed a lot of promise especially early when he scored 11 points in just the first five minutes of the game. He already had 20 in the first half alone.

More than the scoring, the 24-year-old also wants to do better on other aspects of the game like his decision making and playing defense.