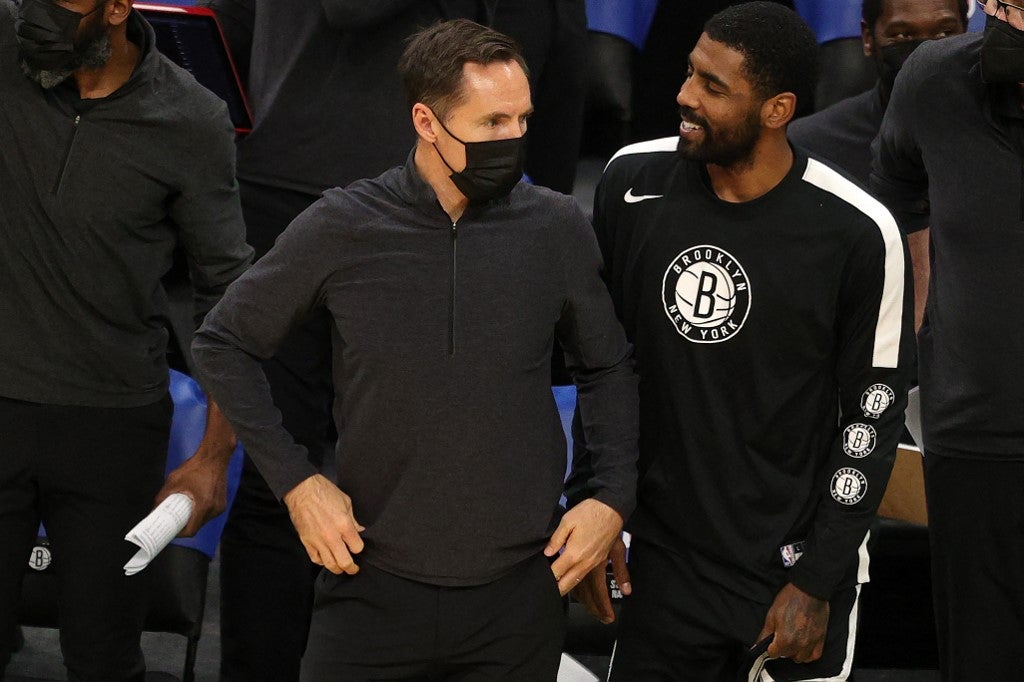 The National Basketball Association has not mandated vaccines for players but must nonetheless abide by local restrictions in New York City and San Francisco, where players will have to sit out home games if they are not inoculated.

Irving has reportedly not been vaccinated and was unable to attend media day last month due to health and safety protocols according to ESPN.

Golden State Warriors forward Andrew Wiggins’ requested a religious exemption from the vaccine, as the city of San Francisco has a requirement for large indoor events. His request was denied last month and he later received the shot.

The league has said players who are unable to compete due to local mandates will miss out on pay. Irving, who won the NBA championship in 2016 with the Cleveland Cavaliers, would lose out on $381,000 per game, ESPN reported on Monday.

NBA players who are not vaccinated will also have to comply with a long list of restrictions to take part in the upcoming season, according to a memo obtained by Reuters last week. The 2021-2022 season is set to begin Oct. 19.

Read Next
Leylah Fernandez eager to return to action after Sharapova pep talk
EDITORS' PICK
Smart unveils Don’t Miss Out tile on the GigaLife App for sensational, exclusive promos
Congress defers canvassing of votes from Surigao del Sur due to missing COCs
House energy committee chair Arroyo bats for cheap electricity
Three things to consider when deploying data protection to your small business
Zubiri admonishes Comelec for missing COCs: ‘They have only one job’
Missing COCs put off Congress’ canvassing of votes from Pampanga, Sultan Kudarat
MOST READ
Don't miss out on the latest news and information.