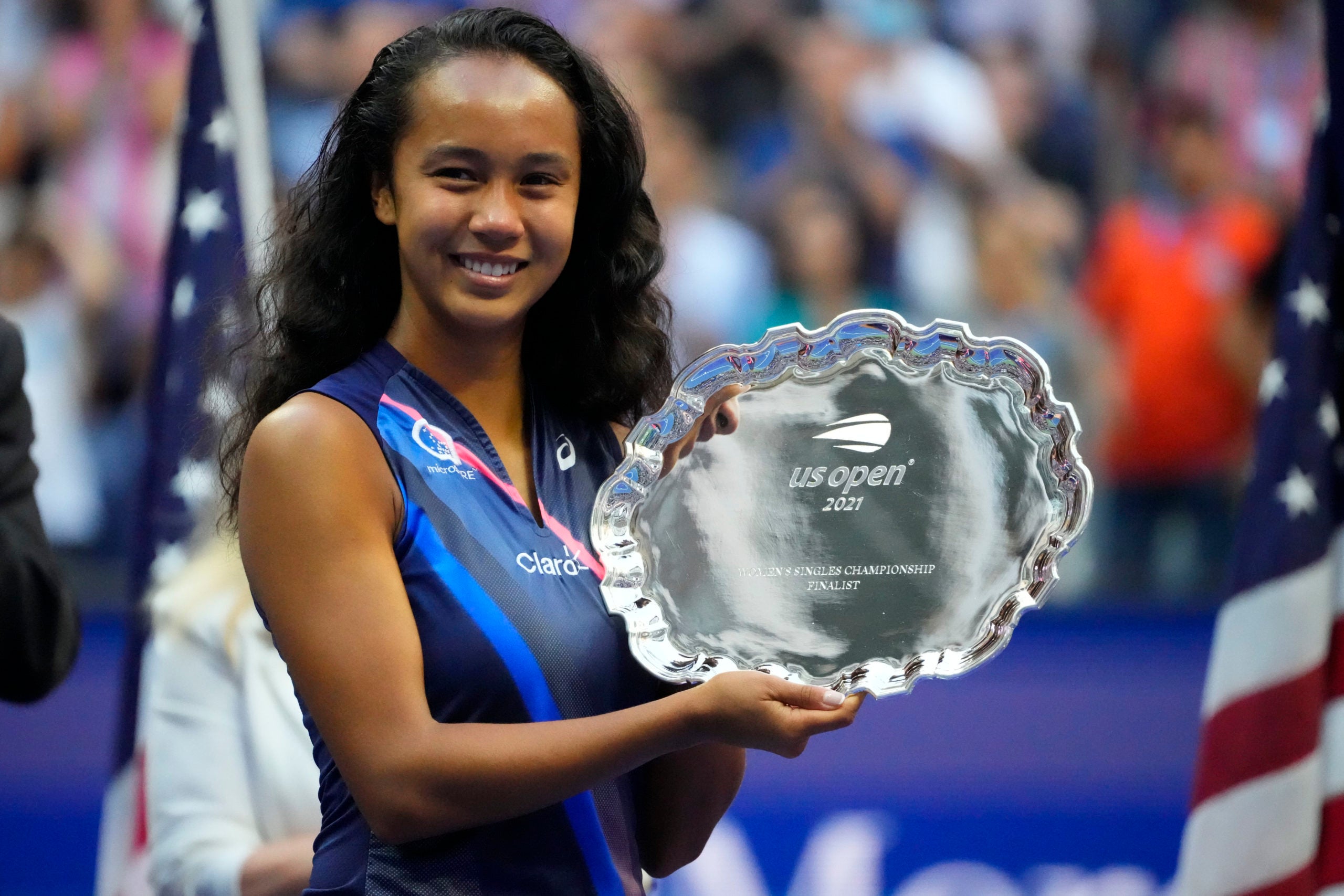 Fil-Canadian Leylah Fernandez, who lost in the final of the U.S. Open, said on Tuesday she has since received advice from five-time Grand Slam champion Maria Sharapova and cannot wait to get back on court.

A day after falling to British teenager Emma Raducanu in last month’s final, Fernandez attended New York’s annual Met Gala where she had a chance to speak with Sharapova.

“She gave me some pretty good advice,” Fernandez, 19, told reporters ahead of her return to competition this week at Indian Wells for the BNP Paribas Open. “I don’t want to disclose any of it because it’s very personal for me.

“She’s an amazing person. She told me her own experience and the way that she was able to bounce back and she’s just a great person, great inspiration to kind of look up to.”

Against Raducanu, an 18-year-old qualifier making only her second Grand Slam appearance, Fernandez struggled with her serve during a straight sets loss but still showed enough to suggest she could be a lasting force.

Fernandez has since faced a surge in demand for her time since the U.S. Open but credits her team for allowing her to stay focused on tennis.

“I’m very lucky to have a great team around me to just let me focus on my craft, on my tennis, and not be overwhelmed with everything that’s going right now,” said Fernandez.

“Honestly I just can’t wait to be back on the tennis court competing again.”

The Canadian has shot up to 28th in the rankings and is the 23rd seed at Indian Wells, where she will get a first-round bye at an event widely considered the unofficial fifth Grand Slam.

While Fernandez’s U.S. Open run has resulted in a slew of new off-court obligations, she admits that it has also opened the door to fun opportunities, including attending the Met Gala.

“That was definitely an experience to get ready, to put on the makeup, get the hair done, putting on the heels for the very first time,” said Fernandez.

“It was a little hard to walk on at first. The one thing on my mind going up the stairs in the Met was don’t fall down. Just walk one foot in front of the other.”