Out for redemption, Carlos Yulo on track for three golds at world championships 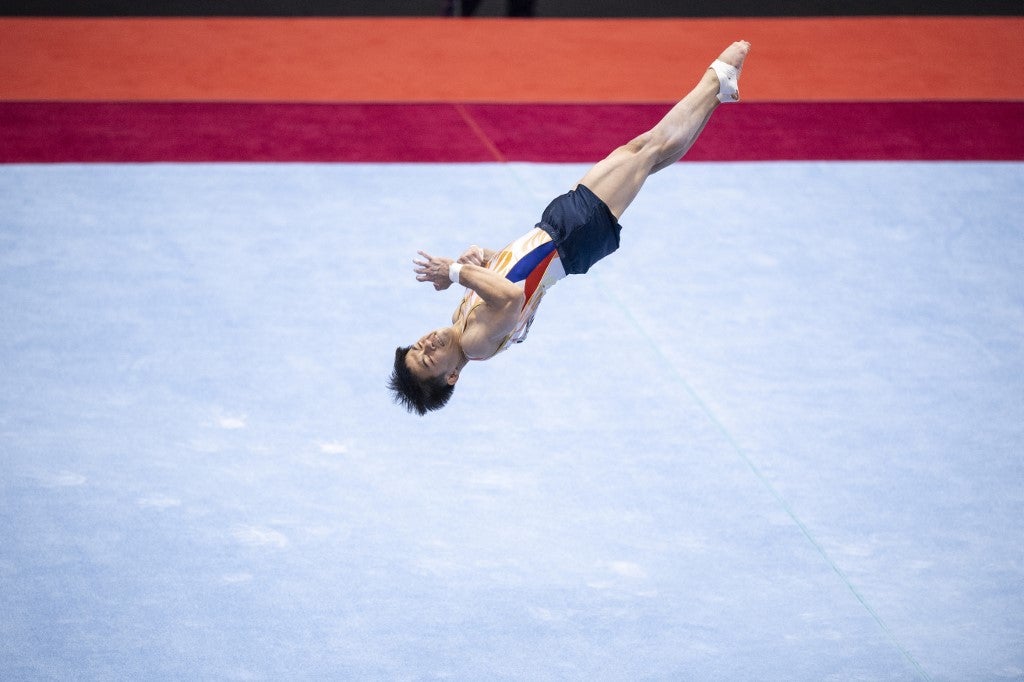 Philippines’ Carlos Edriel Yulo competes in the floor event at the mens team qualification during the Artistic Gymnastics World Championships at the Kitakyushu City Gymnasium in Kitakyushu, Fukuoka prefecture on October 20, 2021. (Photo by Charly TRIBALLEAU / AFP)

Just two months removed from his underwhelming Tokyo Olympics campaign, Yulo redeemed himself with a dazzling display in the qualification phase of the FIG Artistic Gymnastics World Championships on Wednesday at Kitakyushu City General Gymnasium in Japan.

Yulo advanced to the final of all the three events he participated in including floor exercise where he is the reigning world champion.

“I wanted to step up my game,” Yulo said after his qualification stint, as per the international gymnastics federation. “I didn’t want to make the same mistakes.”

Olympic disappointment fuels @c_edrielzxs 🇵🇭, who flew through his qualification at #Kitakyushu2021, posting the best marks on Floor Exercise and Parallel Bars, and the third best on Vault. "I wanted to step up my game," Yulo said. "I didn't want to make the same mistakes." pic.twitter.com/FtlfUyUsHY

Putting up near-flawless performances, Yulo placed first in he floor exercise–his pet event–and surprisingly in parallel bars with a total of 15.166 and 15.566, respectively, while also finishing in third in vault with an average score of 14.808.

At the Tokyo Games, Yulo failed to meet expectations with a 44th-place in floor exercise where he was a favorite to bag the gold. He made the final in vault but missed out on a podium spot.

The 21-year-old Yulo is scheduled to defend his title in floor exercise on Saturday before taking his shot at the gold in vault and parallel bars on Sunday.