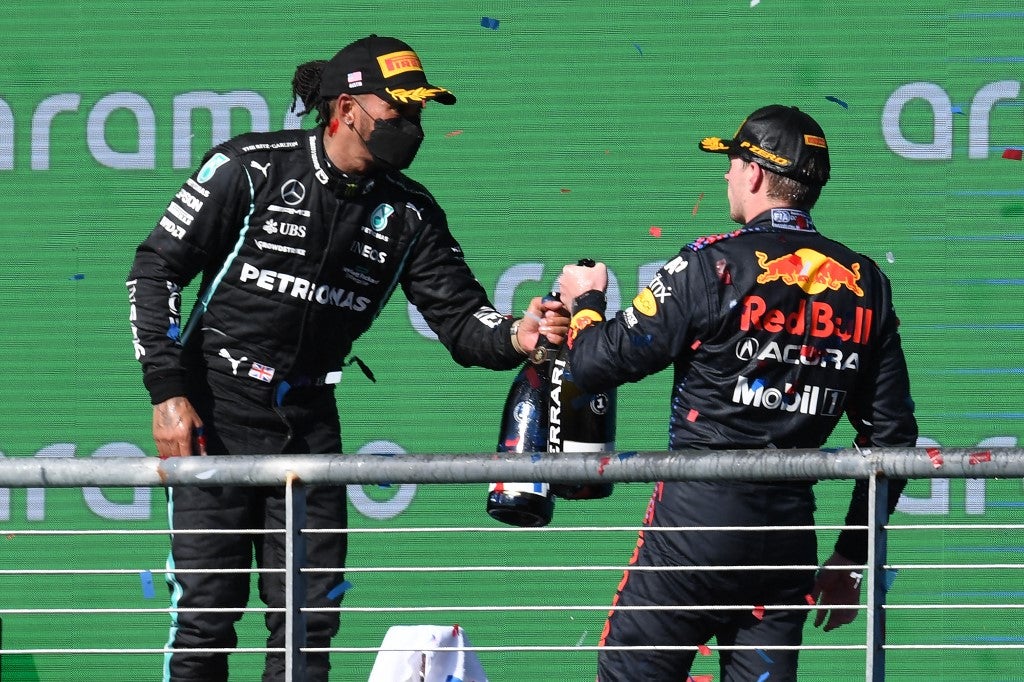 Lewis Hamilton’s hopes of a record eighth Formula One championship took a hit at the U.S. Grand Prix on Sunday and the Mercedes driver was braced for more tough days ahead.

An eighth victory of the season for Red Bull’s Max Verstappen sent the Dutch driver 12 points clear of his British rival with five races remaining and the momentum shifting towards him.

Hamilton had won five of the previous eight at Austin’s Circuit of the Americas and Sunday’s win was Verstappen’s first in North America.

The next two rounds, at altitude in Mexico City and the Brazilian Grand Prix at Sao Paulo’s Interlagos, have been good to Red Bull.

Verstappen won Mexico in 2017 and 2018 and Brazil in 2019 while Hamilton has triumphed twice at each. Neither was held last year due to the COVID-19 pandemic.

“I don’t know what we could have done differently,” Hamilton said after seizing the lead at the start on Sunday before losing out to a more aggressive strategy from Red Bull.

“I think the team did a great job today and it was what we had. We’re going to at least the next two tracks which are very strong circuits for Red Bull. So it’s going to be tough for sure.”

Asked how concerned he was with the points gap, Hamilton said he just had to be happy with the job he did on Sunday and live in the moment.

The Briton, who started the day six points behind, took a bonus point for fastest lap to limit the damage.

“Unfortunately we weren’t quick enough to win the race today but just look forward and take it one race at a time,” he added.

“There are two circuits that are strong for Red Bull so we’ll just try and minimize how strong they can be and see if we can do a better job.”

The final three races of the season are in Qatar, Saudi Arabia and Abu Dhabi.

Hamilton, Verstappen will not back off says Brawn