Officials admit Kevin Durant should have been ejected | Inquirer Sports 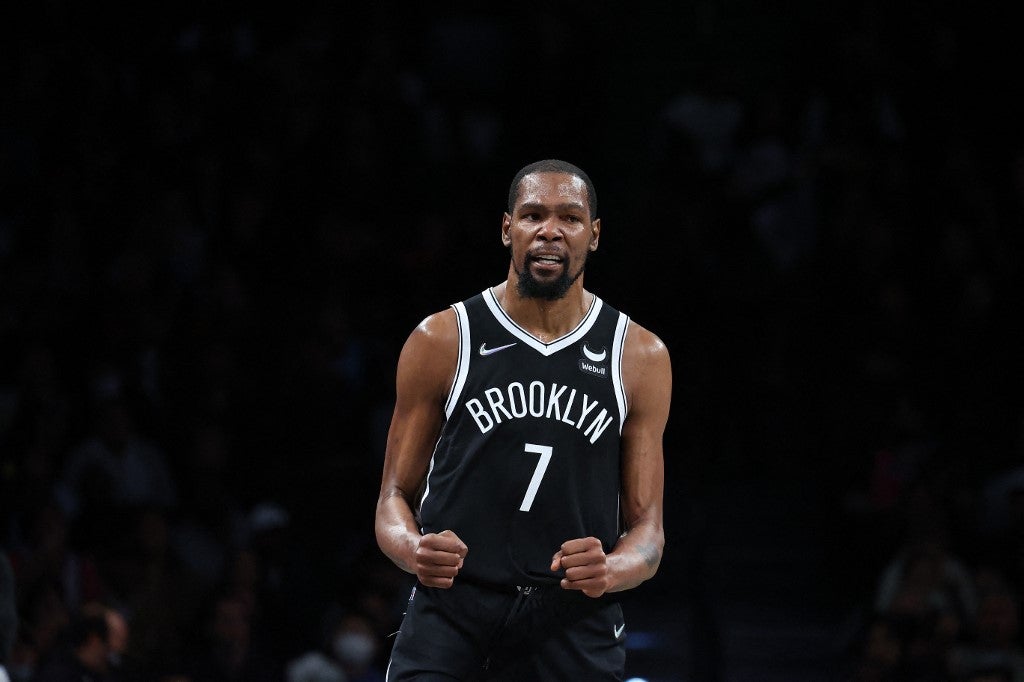 Kevin Durant #7 of the Brooklyn Nets reacts after scoring against the Miami Heat during their game at Barclays Center on October 27, 2021 in New York City. Al Bello/Getty Images/AFP (Photo by AL BELLO / GETTY IMAGES NORTH AMERICA / Getty Images via AFP)

Brooklyn Nets star Kevin Durant should have been ejected for launching the ball into the stands in Friday night’s 105-98 win over the Indiana Pacers, officials admitted after the game.

Instead, Durant was assessed with a technical foul for the infraction, which came after he drew a foul in the third quarter.

The league fined Durant $25,000 over the incident Saturday.

After the game, referee crew chief Sean Wright was asked why Durant didn’t draw an automatic ejection, per NBA rules.

POOL REPORT REGARDING KEVIN DURANT THROWING BALL INTO THE STANDS WITH 4:40 LEFT IN THE FOURTH QUARTER IN TONIGHT’S INDIANA PACERS AT BROOKLYN NETS GAMEhttps://t.co/Itkx1OdvLV

Durant finished with 22 points, 11 rebounds and seven assists in the victory.

Pacers coach Rick Carlisle took issue with the officials during the game and spoke up about the situation afterward.

“I’m not gonna share the explanation because I don’t wanna embarrass the officials; I don’t want to embarrass the league,” Carlisle said. “These guys are nice guys … they just made a big error.”

Read Next
Steph Curry wakes up in second half as Warriors top Thunder
EDITORS' PICK
Karding damage to infrastructure at P23M
Newbie gamers are in for a treat with the power-packed feature of vivo Y16
Individuals affected by ‘Karding’ now over 157,000
Bongbong Marcos says PH ‘open for business’ with new Clark Airport terminal
House energy committee chair Arroyo bats for cheap electricity
Reignite your passion with the vivo Y35
MOST READ
Angelica Panganiban ‘duguan, sugatang mom’ one week into breastfeeding
LPA enters PAR, may develop into tropical depression
LOOK: Gwyneth Paltrow goes nude and golden in 50th birthday shoot
Charges readied vs gov’t guard with P290-M deposits
Don't miss out on the latest news and information.