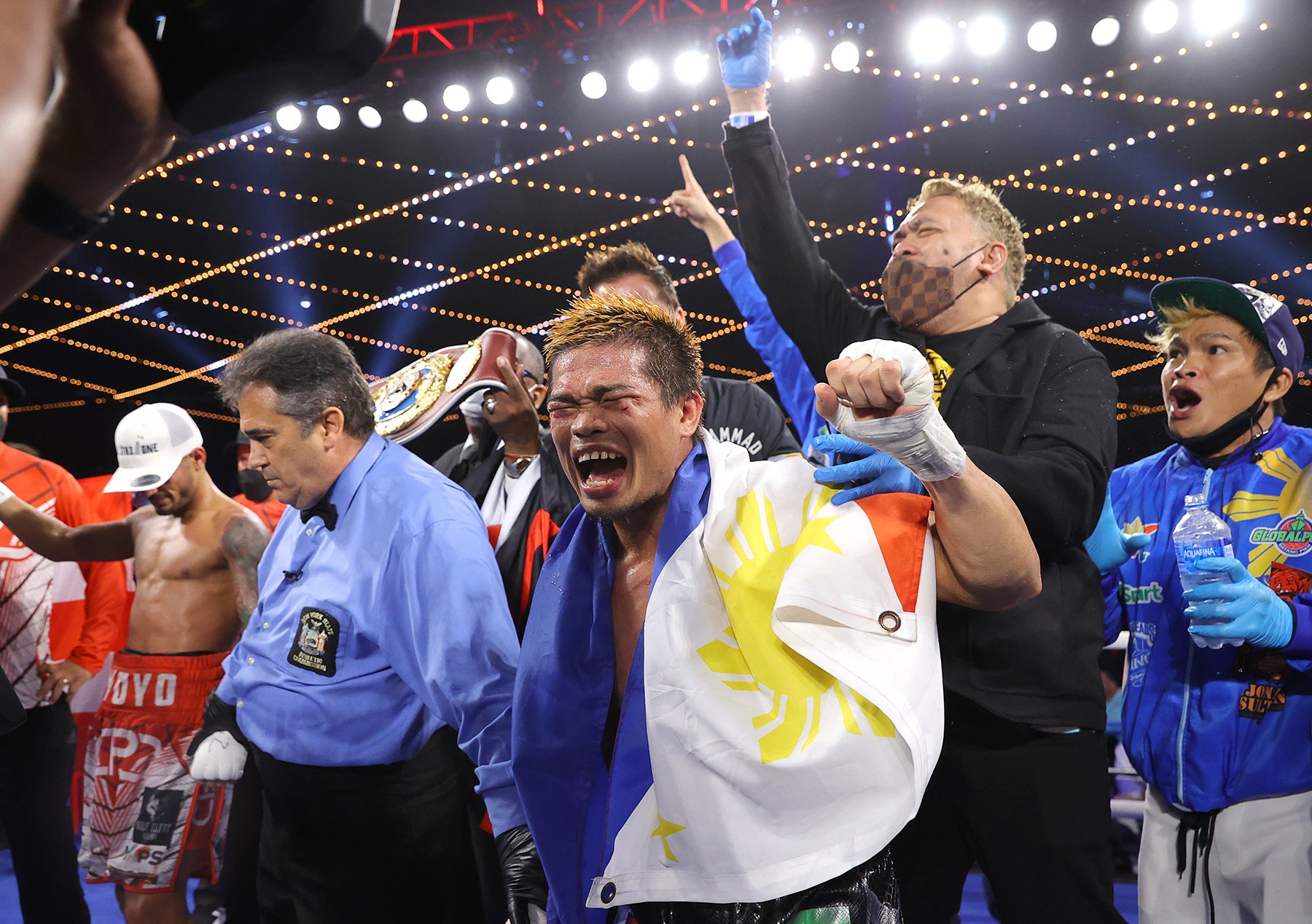 Jonas Sultan is victorious as he defeats Carlos Caraballo for the WBO intercontinental bantamweight championship at The Hulu Theater at Madison Square Garden on October 30, 2021 in New York City.(Photo by Mikey Williams/Top Rank Inc via Getty Images)

MANILA, Philippines—It was Jonas Sultan’s ascension at The Mecca.

Sultan, 29, showed his class and sent the 25-year-old Caraballo to the canvas in the second, third, sixth, and ninth rounds of the 10-rounder bout.

Although Sultan had four knockdowns to his name, the judges’ scorecards all reflected 94-93.

Sultan first dropped Caraballo with a quick right hook in the second round then followed up his onslaught in the third with a cracking 1-2 that put the Puerto Rican down once more.

Caraballo, who knocked out his previous 14 opponents, wasn’t free of Sultan’s fists in the latter rounds as he absorbed a crushing right resulting to him tumbling down for the third time.

Sultan capped off his brutal beatdown in the ninth, evading Caraballo’s offense and decking him with a smooth counter right.

Sultan once challenged Jerwin Ancajas in 2018 for the IBF World super flyweight title but lost via unanimous decision.

Interestingly, Sultan trained with Ancajas and coach Joven Jimenez in the lead up to the Caraballo bout.